The National Highways Authority of India (NHAI) has already planted 1.25 lakh saplings in one day at more than 100 locations along national highways till now.
By : HT Auto Desk
| Updated on: 18 Jul 2022, 12:49 PM 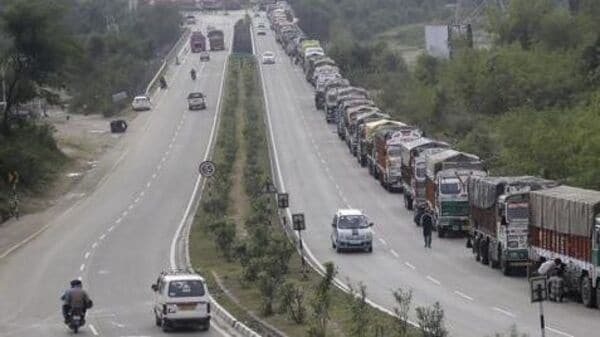 NHAI plants 1.25 lakh saplings in one day as it aims to achieve 75 lakh plantations till August 15. (File photo)

To celebrate 75 years of India's independence, the National Highways Authority of India (NHAI) has undertaken a unique drive to make the national highways look greener. India's premier road construction agency in charge of building and maintaining national highways, will plant as many as 75 lakh saplings along the way. The drive has already started with around 1.25 lakh saplings planted in a single day. The agency aims to complete the drive by August 15, the day India celebrates 75 years of independence to mark the Amrit Mahotsav.

The NHAi planted 1.25 lakh saplings at 114 locations along the national highways across the country. The NHAI issued a statement on Sunday saying that the initiative was launched at Nagpur by Nitin Gadkari, Union Minister for Road Transport and Highways (MoRTH). Gadkari said his ministry has been focusing on plantation and transplantation of trees. Gadkari also said that his ministry is giving emphasis on geo-tagging the saplings to monitor their growth and maintenance.

This is not the only drive undertaken by the NHAI to celebrate 75 years of India's independence. The agency is involved in other initiatives including creation of ponds, called 'Amrit Sarovars', near national highways to help rejuvenate water bodies and ground water.

In recent projects, the NHAI is putting a lot of emphasis on maintaining greenery to keep the environment as clean as possible. There are several greenfield expressway projects currently underway. The agency will also come up with India's first animal crossing on a national highway when the Delhi-Mumbai Expressway is completed.

Keeping the essence of cleaner mobility, the Ministry of Road Transport and Highways has also been pushing for electric and hybrid vehicles to reduce pollution as well as reduce dependency on costly fuel imports. Gadkari has been quite vocal about the need to switch to greener mode of transport.