Lamborghini Urus Performante gets cosmetic as well as mechanical upgrades over the outgoing Urus.

The engine on duty is the same 4.0-litre V8 that is twin-turbocharged and has been used by other Volkswagen subsidiaries as well. But Lamborghini has retuned the engine and now it produces 666 hp of max power which is a bump of 16 hp than the current Urus. The torque output stays unchanged at 850 Nm. It can hit a ton in 3.3 seconds and has a top speed of 306 kmph. 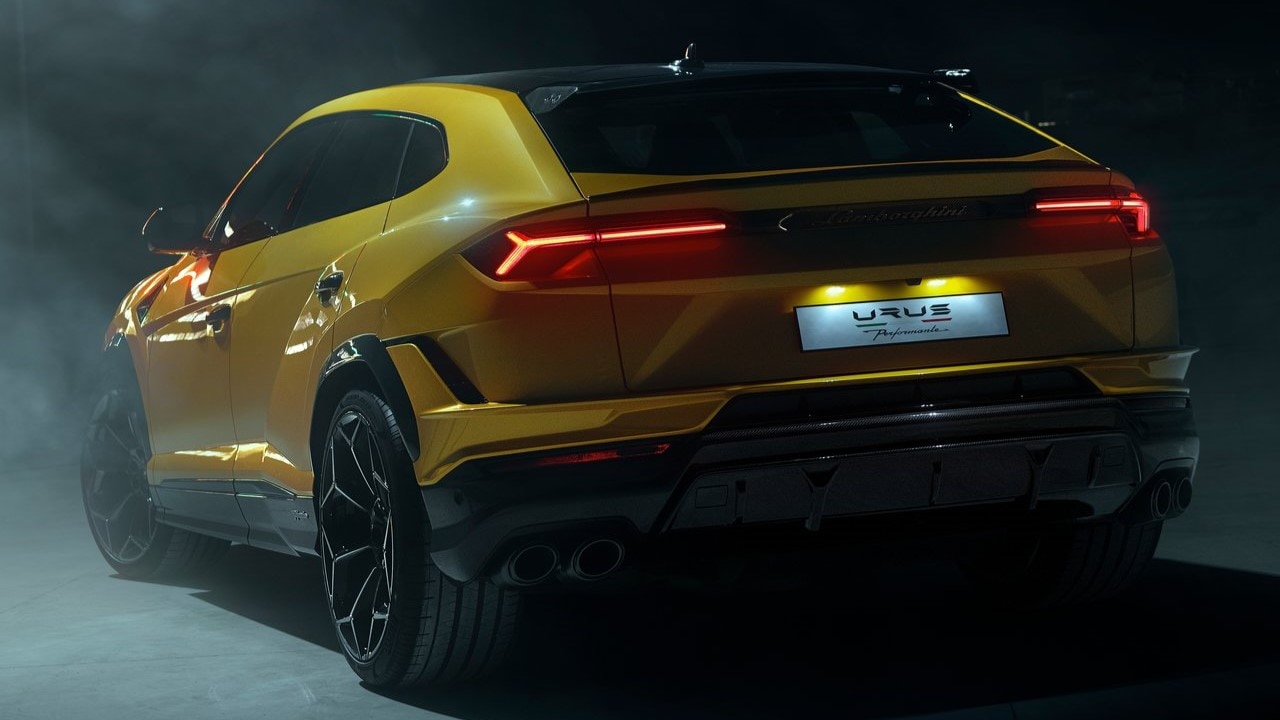 The Urus Performante looks more aggressive than before.

More importantly, Lamborghini has been able to drop weight by 47 kgs but still, the SUV weighs 2,150 kg. The manufacturer has removed the air suspension and replaced it with stiffer steel springs combined with adaptive dampers. Because of this, the ride height has been dropped by 20 mm, this has helped in improving the stance of the Urus Performante. The track has been widened by 16 mm.

The new bumpers look more aggressive, they are 25 mm longer and are made up of carbon fibre. A new differential is being used to distribute the torque and a new Akrapovič exhaust now comes as standard. The steering has also been retuned for added feel. Other changes include new trims, carbon fibre options and new stitching. Lamborghini is also offering Pirelli P Zero Trofeo R performance tyres as an option. These are specifically adapted for SUVs.