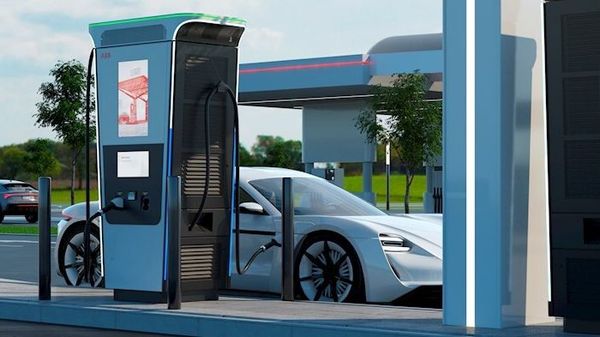 ABB has launched its new member of the Terra family of chargers which promises to be the world’s fastest electric vehicle charging unit. The new Terra 360 is a modular charger, capable of providing charging outlet for up to four vehicles at a time with dynamic power distribution.

ABB said that the new Terra 360 charger's innovative lighting system guides the user through the charging process and shows the State of Charge (SoC) of the EV battery and the time left to get the EV fully charged. It also has wheelchair accessibility for people in need.

The world's fastest EV charger can also be installed at almost any commercial premises, like office complexes or malls. The Terra 360 chargers take little space and can be installed in small depots or parking lots too.

Frank Muehlon, President of ABB’s E-mobility Division, said, “With governments around the world writing public policy that favours electric vehicles and charging networks to combat climate change, the demand for EV charging infrastructure, especially charging stations that are fast, convenient and easy to operate is higher than ever. The Terra 360, with charging options that fit a variety of needs, is the key to fulfilling that demand and accelerating e-mobility adoption globally."

“It’s an exciting day for ABB, who as the global leader in electric vehicle fast charging, is playing a key role in enabling a low carbon society," said Theodor Swedjemark, Chief Communications and Sustainability Officer at ABB. “With road transport accounting for nearly a fifth of global CO2 emissions, e-mobility is critical to achieving the Paris climate goal. We will also lead by example by switching our entire fleet of more than 10,000 vehicles to non-emitting vehicles," he added.

ABB will make the new Terra 360 available in Europe by the end of this year. It will later expand it to other countries like the United States, Latin America and Asia Pacific regions by next year.