These Tata Nexon EVs will be used by senior government officials associated with the Statue of Unity located in Kevadiya town.The Statue of Unity area in the state is all set to become India's first electric vehicles-only zone.
By : HT Auto Desk
| Updated on: 17 Aug 2021, 02:54 PM 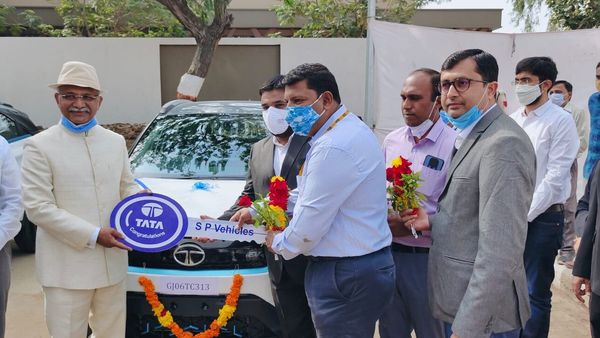 Tata Motors has delivered ten Nexon electric vehicles to the Gujarat state government as part of a tender agreement with Energy Efficiency Services Limited (EESL). These Tata Nexon EVs will be used by senior government officials associated with the Statue of Unity located in Kevadiya town. The automaker stated that the delivery of EVs was symbolic of the government's commitment to a cleaner environment.

The Statue of Unity area in the state is all set to become the country's first electric vehicles-only zone and first Indian zone to become free from vehicular pollution. The bronze-clad statue, which took five years to build, is the world's tallest and is dedicated to Indian statesman Sardar Vallabhbhai Patel. 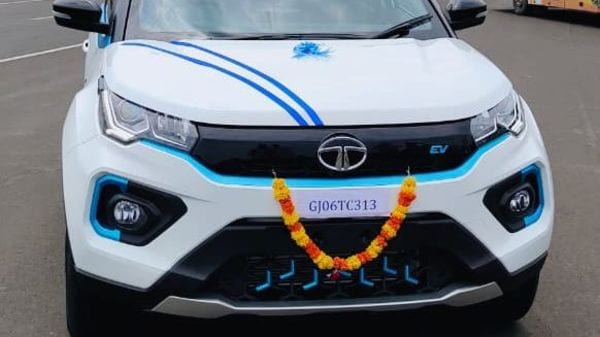 The Nexon EV offers a long range on a single charge with zero emissions and comes equipped with a 129 PS permanent-magnet AC motor. The electric vehicle is powered by a 30.2 kWh lithium-ion battery pack that is dust and waterproof, and also meets IP67 standards. The vehicle also offers 35 mobile-based connected features such as remote commands, vehicle tracking, driving behavior analytics, navigation and remote diagnostics, among others.

Committed to its goal of encouraging faster EV adoption in the country, Tata Motors recently announced that it plans to drive ten new electric vehicles in the domestic market by 2025. It is all set to launch its new electric vehicle, the Tata Tigor EV on Wednesday, August 18.

Through its EV ecosystem called the ‘Tata uniEVerse’, the automaker is closely working with other Tata Group companies including Tata Power, Tata Chemicals, Tata Auto Components, Tata Motors Finance and Croma, to work towards promoting faster adoption of EVs in the country.