In May too, Okinawa Autotech led the electric two-wheeler segment in India. Last month, Hero Electric, the erstwhile leader of the EV two-wheeler segment, has recovered sales significantly.
By : HT Auto Desk
| Updated on: 04 Jul 2022, 13:40 PM 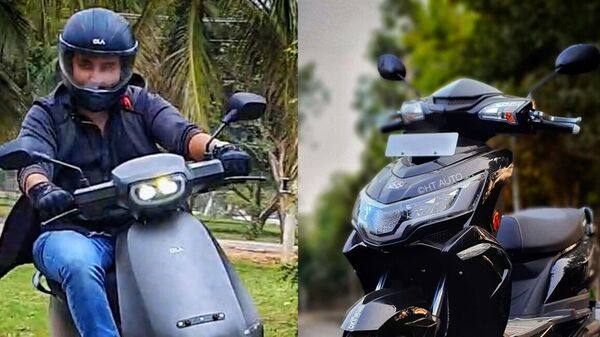 Gurugram-based EV two wheeler manufacturer Okinawa Autotech maintains its lead in the electric scooter segment in India in June for the second consecutive month. The EV maker has managed to get better of its rivals like Ola Electric, Ather Energy as well as Hero Electric amid the EV fire controversy which has gripped the electric two-wheeler segment in recent times. Okinawa has been one of the EV makers hit hard by the controversy with several cases of its e-scooters and showrooms catching fire.

Here is a look at the top five electric two-wheeler manufacturers in India in June:

Okinawa saw its sales drop from 9,290 units in May to just 6,976 units last month. It is a drop of nearly 25 percent from the previous month's sale. However, Okinawa remains the top electric two-wheeler manufacturer despite the drop in sales, and has managed to keep rivals like Ola Electric, Hero Electric at bay.

Ampere Vehicles has climbed to number two spot among electric two-wheeler makers in India in June. This is the highest that the EV maker has reached in terms of ranking according to sales. Last month, the EV maker sold 6,534 units against 5,819 units in May. The sales has increased by nearly 10 percent compared to the previous month

Hero Electric managed to climb up to number three in June sales charts. With 6,486 units sold last month, June has been one of the best months for the EV maker this year. In May, Hero Electric had sold just 2,849 units. Hero Electric, which soon will launch the new Vida brand in India, used to be the leader of the electric two-wheeler segment before Ola Electric and other new EV brands caused disruptions.

Ola Electric, which witnessed a sharp rise in sales in the first few months of the year, has seen its sales drop by nearly 40 percent compared to what it could sell in May. Ola Electric could deliver 5,689 units of its S1 Pro electric scooter last month, don from 9,916 units in the previous month. In May too, Ola had witnessed a drop of nearly 30 percent from over 12,000 unit sales in April this year.

Among other EV makers, Ather Energy managed to sell just 3,797 units, which is lower than its May figures of 3,787 units, its best monthly figures so far.