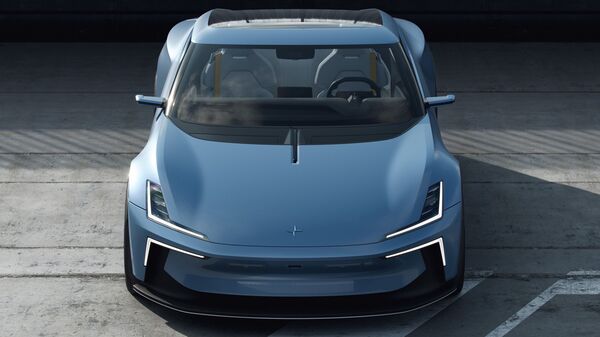 Polestar unveiled its O2 concept car earlier this year in March as a design study and it garnered a lot of attention from the automotive world since then. Now the automaker is mulling the idea to transform it into a production model, hints the company's CEO Thomas Ingenlath. Polestar's CEO said that he wants to turn the O2 concept into an actual production car.

In an interview with TopGear, he also revealed that despite being ambitious about the production version of the Polestar O2 concept, he knows that it is not going to be an easy task. "You have to respect the complexity. We have to see where the O2 is going. When you’ve painted a painting, it’s always good to let it rest, and look at it after a couple of months and still see if it’s a good painting,". he further added.

Polestar showcased the O2 concept as a two-door convertible version of the Precept concept with a four-door configuration, which was showcased previously in 2020. Polestar Precept concept is already evolv8ing into the Polestar 5 all-electric grand tourer. It is slated to launch globally in 2024.

The Polestar 5 will be underpinned by an architecture that comes with bonded aluminium. In that case, the roadster too can come based on the same platform, but there would be a slight modification. Mechanically, both would remain the same. If Polestar O2 makes it to production, it would share some body panels and cabin components with the Polestar 5. It could arrive with a customized rear deck and a shorter wheelbase as well.