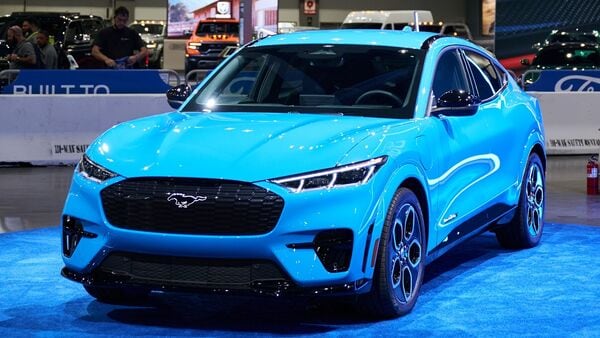 Ford Mustang Mach-E is one of the popular electric vehicles in the US.

Electric vehicles have been gaining an increasing footprint across the world. Initially, the US automakers targeted buyers who value short-range economy cars, while the next phase came as EVs for luxury buyers and drivers of pickup trucks and delivery vans. Now, the auto companies are zeroing in on average buyers, claims a report by AP. For this, the compact SUV segment is the go-to category for the automakers, states the report.

The report also claims that in their drive to have electric cars dominate vehicle sales in coming years, the automakers are promoting their new models as having the range, price and features to rival their internal combustion engine-powered competitors. This strategy has worked well. For example, Ford’s $45,000-plus Mustang Mach E already sold out for the model year. General Motors has introduced Chevrolet Blazer EV, starting at around $45,000.

Several other models too are on the card to launch over the next couple of months. These models don't come as entry-level small cars. Also, they are not premium luxury models like Mercedes-Benz EQC or equivalent ones. Instead, these models are the equivalent cars of the popular ICE-powered average models like compact SUVs and midsize SUVs.

The report sheds light on another interesting point. Practicality is becoming a more important feature for the new generation of electric vehicles. In order to add value for money, the new crop of electric cars are coming offering generous range, affordable pricing, lower charging time etc along with a host of connectivity features and ADAS.