Listening to Beethoven can get an EV driver better range, claims this automaker 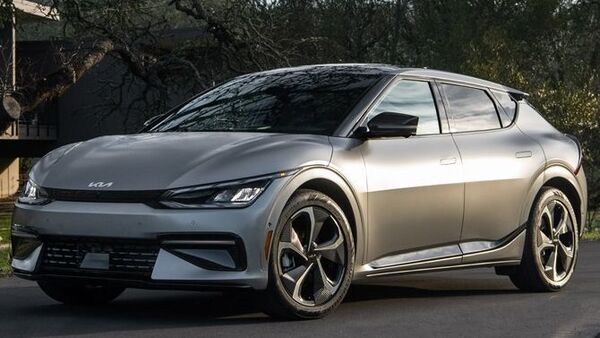 Soulful music can result in an increased range for an electric vehicle.

Automakers often conduct unique and unconventional experiments. The latest one comes from Kia. The Hyundai-owned South Korean auto major has claimed that listening to music while driving can significantly improve the range of an electric vehicle. The automaker found the correlation between music and EV range after performing an experiment with the Kia EV6.

The experiment has drivers complete a fixed route in a Kia EV6 while listening to Beethoven's Symphony No.9, as well as ‘Blinding Lights’ by The Weekend. Overseen by Duncan Williams, a lecturer at the University of Salford's School of Science, Engineering and Environment, the results of the experiment concluded that playlists featuring ambient classical pieces and famous symphonic-form compositions from the likes of Beethoven can help drivers sustain battery power significantly better over other types of music genres and artists, including The Weeknd, Kanye West and Adele.

The experiment also concludes that high-tempo pop, hip-hop, and soul ballad pop impact electric vehicles' range due to the effect these genres have in influencing driver behaviour and driving style.

Kia claims that it used two identical Kia EV6s. Both the electric cars were driven around a 29 km test route, while the drivers wore a device that is capable of tracking all their biometric measures. The experiment found that while listening to Beethoven, the driver’s heart rate was 111 bpm on average. On the other hand, while listening to The Weekend, the heart rate jumped to 171 bpm.

Talking about the findings of the experiment, Duncan Williams said that music really can have a dramatic influence on the real-world driving range of an electric vehicle. “Different songs resulted in varying electrodermal activity and blood volume increase for each of the participants," he added.