CESL plans to float tender to buy more electric buses after awarding contract for 5,450 electric buses on behalf of five state governments earlier this year.
By : HT Auto Desk
| Updated on: 21 Jul 2022, 11:02 AM 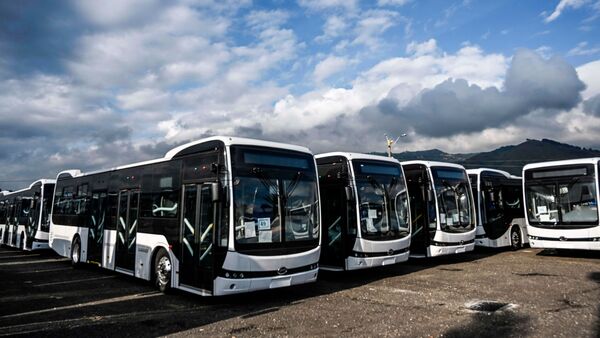 India is planning to buy electric buses worth $10-billion (approximately ₹1,000 crore) in an effort to transform public transport and curb air pollution. India, being home to some of the most polluted cities in the world, is pushing hard to reduce vehicular pollution using electric vehicles. The Centre has set itself target to achieve net zero emission by 2070. The Convergence Energy Services Limited (CESL), a subsidiary of the Centre's Energy Efficiency Services Limited (EESL) is planning to float tender for these electric buses soon.

CESL said it will focus on local manufacturing of electric buses as well as EV infrastructure as demands for electric vehicles keep growing in India. Mahua Acharya, Managing Director at CESL, was quoted by Bloomberg Television during an interview saying, “This country is moving very very rapidly on its electric vehicles ambition. So financing remains a challenge in as much as it presents an opportunity."

Acharya said India could see all only electric public buses in five to seven years. However, she added, that India requires improvement in its EV infrastructure and grid capacities besides redesigning public transport depots for electric vehicles. She also listed ongoing shortages with battery supplies as a concern.

CESL is involved in leasing of solar and electric vehicles for EESL, which is essentially a venture between four state-run energy companies. Earlier this year CESL awarded a contract for 5,450 electric buses on behalf of five state governments. CESL is still looking for investors for its distributed solar businesses which it is funding internally at the moment.