High nickel battery chemistry contributed most to electric vehicles in 2021

The high nickel chemistry batteries come with a higher total capacity due to higher energy density.
By : HT Auto Desk
| Updated on: 21 Feb 2022, 08:51 AM 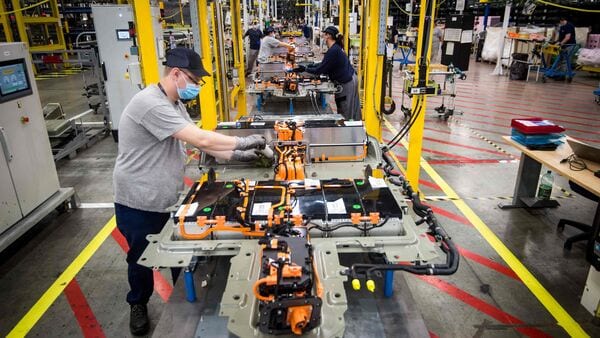 No nickel chemistry batteries are used in nearly one-quarter of all-electric vehicles.

The study further claims that the share of all these three types of battery technology in Asia was more or less similar, while in North America, it's mostly high nickel, which means the cathodes come with around 60 per cent or more nickel content. In Europe and North America, no nickel chemistry made LFP batteries are pretty rare.

The research further claims that in 2021, the total battery capacity deployed onto roads globally in all newly sold passenger xEVs including BEVs, PHEVs, and HEVs is estimated at 286.2 GWh, up 113 per cent year-over-year from 134.5 GWh estimated for 2020. It also claims that more than 98 per cent of the total capacity was deployed in plug-in electric cars. It would mean more than 280 GWh for BEVs and PHEVs and just several GWh for hybrids.