Contemporary Amperex Technology, or CATL, is the world's largest EV battery manufacturer. The new battery claims to be more powerful than the one planned by Tesla.
By : HT Auto Desk
| Updated on: 23 Jun 2022, 03:59 PM 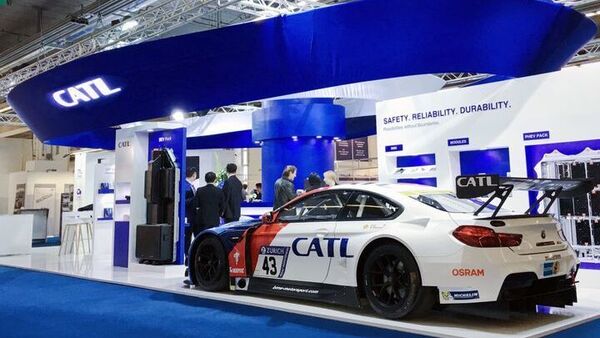 Contemporary Amperex Technology Limited, or CATL, has unveiled a new EV battery that can change the EV game significantly. The world's largest EV battery manufacturer has showcased a new electric-car battery called Qilin, which it claims can offer a range of more than 1,000 kms on a single charge. Named after a mythical Chinese creature, CATL claims the new EV battery is at least 13 percent more powerful than the one being planned by world's largest electric vehicle manufacturer Tesla. Incidentally, CATL supplies its EV batteries to Tesla currently.

CATL has said that it will start manufacturing the new EV battery from next year. The Qilin battery has an energy density of up to 255 watt-hour per kilogram. According to the Chinese EV battery manufacturer, the battery can charge faster than existing cells. The company also claims that the new battery is safer and more durable than any existing electric car batteries used currently in the market.

Tu Le, managing director of Beijing-based consultancy Sino Auto Insights, was quoted by news agency Reuters, saying, “It’s an important advancement for CATL as it keeps them at the forefront on the innovation side. Being the lowest cost provider isn’t enough to command loyalty, there needs to be more to it -- and that seems to be the Qilin battery for CATL."

CATL, whose clients include Tesla, Volkswagen and BMW, said that it has raised 45 billion yuan (roughly converted to ₹52,425 crore) to upgrade lithium-ion battery manufacturing in four cities in China, besides funding research and development for improved EV batteries for future.

Despite being the world's largest EV battery manufacturer, CATL has been struggling to hit profits due to rising cost of raw materials besides the Covid-19 pandemic challenges that gripped China in recent months. CATL's first-quarter net income slid 24 percent from a year earlier.