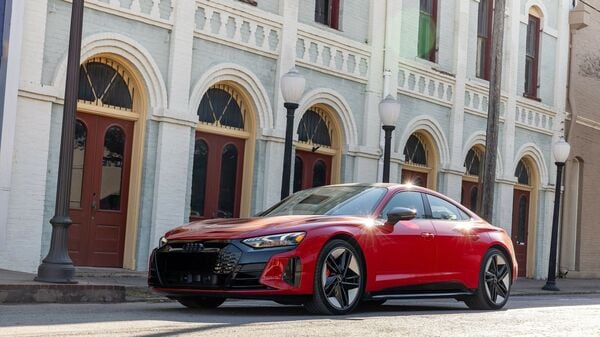 The Audi e-Tron Gt Quattro was nominated in multiple categories including World Electric Vehicle of the Year, World Performance Car, and World Car Design of the Year.

Audi e-Tron GT Quattro has won the World Performance Car award at the 2022 World Car Awards ceremony. The German luxury car brand owned by Volkswagen Group has said that this flagship electric car has won the fifth World Performance Car Award for the company. Previously, Audi RS 4, R8 and R8 V10 have also won the award in 2007, 2008, 2010 and 2016. The automaker also claims that with eleven titles since 2005, Audi is the most successful manufacturer in the history of the World Car Award.

Speaking about the achievement, Oliver Hoffmann, a member of Audi's board of management for technical development, said that the car has been nominated in three categories only a year after its world premiere. "The fact that the Audi e-Tron GT Quattro takes the title of "World Performance Car" and thus this award goes to Audi for the fifth time makes us particularly proud, of course. The Audi e-Tron GT quattro1 proves that electric mobility can be sustainable, dynamic, and fascinating all at once," he further added.

He further mentioned that by 2026, Audi will launch new models with electric drive systems only. He further added that starting in 2025, all production at Audi locations will be carbon neutral. Hoffmann mentioned that this is already happening now in Brussels, Győr, and the Böllinger Höfe, where the Audi e-Tron GT is produced.

Audi e-Tron GT is available in India in two variants - the standard e-Tron GT and the RS e-Tron GT, with the latter being a better performer of the two.