The car appears similar in terms of design to the Dartz FreZe, which is one of the most affordable electric cars in the European market.
By : HT Auto Desk
| Updated on: 20 Apr 2021, 10:52 AM 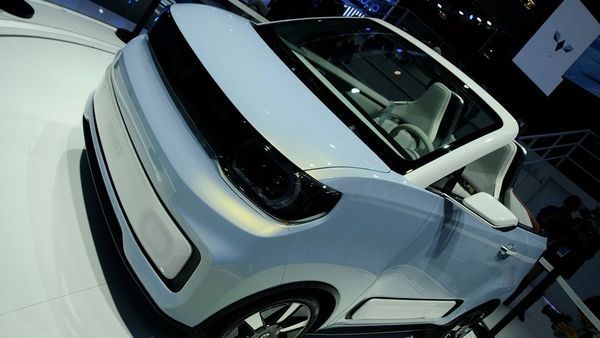 The mini concept car is based on the Hong Guang MINI EV.

If the Wuling Hong Guang MINIEV Cabrio concept car is the preview of the smallest-ever convertible from General Motors, then we must admit, this is a very interesting and eye-catching car. The concept has been showcased to the world at the ongoing Shanghai Auto Show, where a wide range of electric vehicle concept models from different auto brands from around the world are dominating the floor.

The car appears similar in terms of design to the Dartz FreZe, which is one of the most affordable electric cars in the European market.

Priced at $4,300, the MINI EV comes as more affordable than the Dartz equivalent that is available in the European market. The MINI EV has already raked 15,000 sales in the first 20 days and a few months later, the car has received a whopping 50,000 orders for this small EV.

Inspired by the success of the MINI EV, the MINIEV Cabrio is hoping to replicate that performance. The concept car gets LED headlamps, coloured door inserts, six-spoke alloy wheels. The drop-top roof is made of fabric and can be kept at the rear seat. The integrated roll hoops protect the front occupant's noggings.