Home Auto Cars News With Eye Out For Tesla Cybertruck, Ram To Drive In Electric Trucks From 2024

With eye out for Tesla Cybertruck, Ram to drive in electric trucks from 2024

It has been confirmed by company officials that the Ram 1500 BEV will be the first fully-electric offering from the American truck division of Stellantis.
By : HT Auto Desk
| Updated on: 09 Jul 2021, 09:32 AM 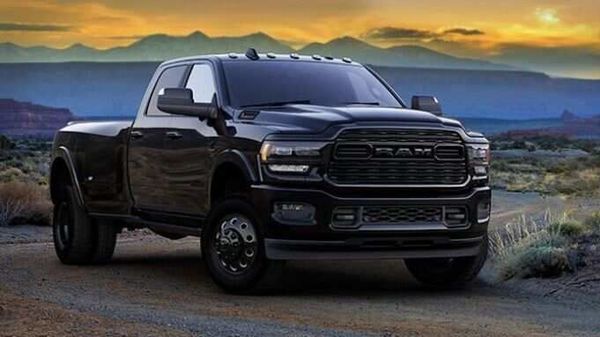 Electric power is not just limited to conventional cars any more. With more and more segments in the passenger vehicle category making the jump, Ram doesn't want to be left high and dry, and recently announced it will drive out electric trucks from 2024. The announcement was made at the Stellantis EV Day held on Thursday.

The electric truck space is currently microscopic but with Ford recently showcasing its F-150 Lightening electric pick-up and Tesla readying its Cybertruck, it is yet another area where there could be potential to grow. As such, it has been confirmed by company officials that the Ram 1500 BEV will be the first fully-electric offering from the American truck division of Stellantis. Even more significantly, Ram has said that all its segments will have electric variants by 2030.

With battery technology improving at a rapid pace, it has become possible for pick-up trucks to actually power ahead over sizable distances without needing frequent recharge sessions. And while Ram hasn't made any range-related revelations, expect a special focus in this area if it is planning to take on the might of Tesla, Ford and even Rivian.

But it isn't just Ram that made its electric ambitions clear at the Thursday event. Dodge confirmed it will roll out the first all-electric muscle car in 2024 while Jeep showcased its Grand Cherokee 4xe plug-in hybrid.