The used car sales is expected to grow at a 10% CAGR by 2024, as SIAM has estimated.India used car industry is bifurcated among organised, semi-organised, unorganised, and customer-to-customer segments.
By : HT Auto Desk
| Written By : Mainak Das
| Updated on: 10 May 2021, 10:51 AM 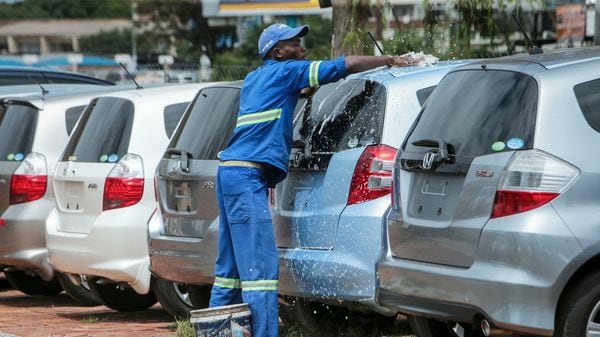 With the second wave of the Covid-19 rampaging the country and another one expected, used car sales are witnessing another surge in demand after the Q1 of FY2021.

(Also Read: Buying a pre-owned car? Here are the key factors to consider)

In FY2021 though, the pace of business for both the new and used car sales slowed down and only 3.9 million units of used cars were sold in the last fiscal. However, the used car sales again saw an uptick in sales as the countrywide lockdown was withdrawn phase by phase and people were showing more interest in personal mobility. The growth in this segment is projected to grow even more in the coming years.

Amidst the devastating second wave of the Covid-19 pandemic, the demand for personal mobility will see an ever-increasing trend. On the other hand, as another economic crisis looms ahead, buyers are likely to hold their disposable income thinking about the future uncertainty.

In that case, used car sales will see further growth as compared to new car sales, as people's buying decision is being swayed by the want for personal mobility and affordable pre-owned cars are becoming popular. Overall, the used car sales are expected to grow over 10% CAGR by 2024, as estimated by SIAM.

Here, let's take a quick look at the factors that are driving the growth in used car sales in India.

In India, the used or pre-owned car industry is bifurcated among organised, semi-organised, unorganised, and customer-to-customer segments. All these segments contribute to the total sales significantly. While the automobile manufacturers like Maruti Suzuki, Mahindra & Mahindra, Tata Motors, Toyota Kirloskar Motor, etc have their dedicated pre-owned car sales channel, there are several startups as well that are playing a major role in this segment.

The affordability of used cars is much better as compared to the new vehicles. In a situation when the economy is not stable, jobs are at stake, severe financial crisis looming ahead, people are keeping their disposable income for spending on the healthcare expenses, and at the same time, the need for personal mobility too is increasing - buying a used car shelling out lesser money than a new one seems a better option to many customers.

According to Avik Chattopadhyay, former Marketing Head, Product Planning and PR at Volkswagen India, with the white-collar workers getting into WFH mode, many sold off their second vehicles, which made the supply of the used cars in the market sufficient. He also said that the initial growth in the used car sales came in the first quarter of FY2021, as the public transport system came to a halt due to the lockdown and people were looking for affordable means of mobility. However, as the quarters moved and activity was recalibrated, the used car market was not booming as before, purely led by slackening demand; as those that had to buy had bought.

"With the new wave and another anticipated one, public transport is again going to get hit, so I see another peak happening in Q1 FY2022...to plateau out again," Chattopadhyay further added. According to him, as SIAM estimates that the used car industry would grow at 10% CAGR by 2024, it is quite normal, given the natural growth of the overall market.

According to Alok Verma, Consulting Partner at Grant Thornton Bharat LLP, used car sales growth both in India and globally can be attributed to a shift towards personal mobility away from the public and shared mobility driven by the pandemic. "Lower average age of vehicle ownership, as well as more recent clarity over "End of Life" of 20 years for personal vehicles in the new vehicle scrappage policy released by the government, has also given a boost to used car sales," Verma added.

Despite the above-mentioned reasons, there are a few more that are driving sales in the pre-owned car space. The selling price of a used car, evaluation of its true condition, buying from reliable sources, online documentation, etc are few other reasons that are playing key roles behind the used car sales growth.

The selling price of a used car is usually generated through a fair estimation without any guesswork considering the depreciation value, overall vehicle condition among others. More often it is seen that the used cars come in good condition, especially those that are sold because of upgradation to a new model or driven in the city only. These come as a good deal.

Several used car sellers are offering the entire process of buying a pre-owned model online, from selecting to submitting documents and paying the money. With the buyer no longer need to move around the city to finalise the paperwork, especially in the Covid scenario, it becomes hassle-free and safer for them.