Home Auto Cars News What Is It About Toyota Tacoma Pick Up Truck That Makes It Red Hot In The Us?

What is it about Toyota Tacoma pick-up truck that makes it red-hot in the US?

While newer and very worthy challengers have mounted a massive challenge, the Toyota Tacoma continues to stand its ground.Not the most refined and surely not the latest, Toyota Tacoma is famed for its durability and off-road spirit.
By : Bloomberg
| Updated on: 15 Dec 2020, 08:33 AM 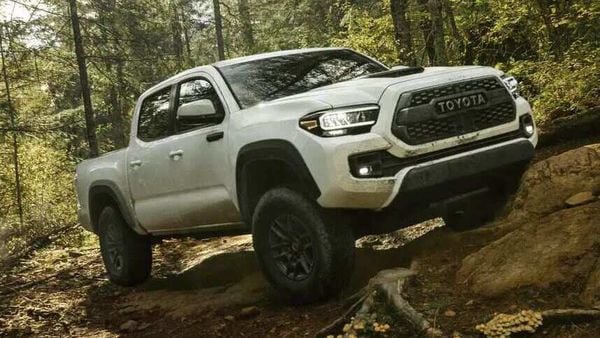 The last update that Toyota Tacoma received in the US was four years ago.

Even in the middle of a pandemic, there’s one model that auto dealer Crown Toyota in Ontario, California, can’t keep on the lot: the Tacoma pickup. With just a 10-day supply of the truck -- in an industry where 60 days is considered ideal -- most are already sold before they’re unloaded from the car hauler. Toyota Motor Corp. has three North American factories cranking out Tacomas, but Crown’s general manager Paxton Gagnet is constantly requesting more.“We ask every day, politely, politely," Gagnet says. “It is very difficult."

Known as the Taco among its legions of loyalists, it’s certainly not the newest model on the lot. Toyota last gave it a full update four years ago. And it’s not the most refined either: Reviewers ding it for a rugged ride on the highway. But it’s a beast off road, has Toyota’s vaunted durability and commands premium prices on the used-car lot. That helps explain how it’s outselling an onslaught of new rivals in a red-hot US market for smaller trucks.The Tacoma is to midsize pickups what the Ford F-Series is to full-size trucks: a dominant player that has remained the best-seller of its kind for the last 14 years. Sales, which rose 8% last month, have more than doubled this decade, even as General Motors Co. fielded the Chevrolet Colorado and GMC Canyon, Ford Motor Co. revived the Ranger model and Fiat Chrysler Automobiles NV rolled out the Jeep Gladiator.

“The Taco is stalwart and immutable," Car and Driver magazine wrote in a review of the 2020 model. “Potential buyers look at it, see 20 years and 300,000 miles of dependability, and sign up for the financing." 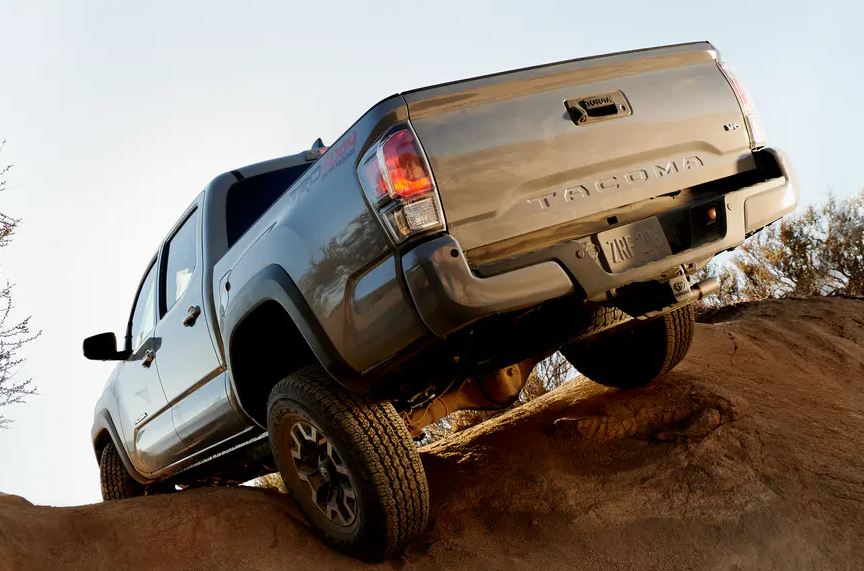 When Toyota looks at it, it sees a cash cow. The Japanese automaker is reaping dividends from sticking with it after rivals abandoned smaller pickups a decade ago, winning over buyers in search of something less than a half-ton truck. Toyota hopes to repeat that strategy in passenger cars as peers cancel sedans in favor of crossovers, sport-utility vehicles -- and midsize trucks.

A new generation of truck-lifestyle enthusiasts has allowed the midsize-pickup segment to grow at a faster pace than bigger trucks geared for the hard-hat crowd. Researcher LMC Automotive predicts sales of these smaller trucks will hit 762,740 in 2025, an almost three-fold increase from 2010.

The rush back into the segment by automakers has, in turn, stimulated further interest from nontraditional truck buyers -- and helped steer more business to the Tacoma, says Bob Carter, Toyota’s North American executive vice president of sales. "When the Colorado came in, our volume went up. When the Ranger came in, our volume went up," Carter said. “Every time we’ve had more competition, our numbers go up."

Tacoma has kept its lead by appealing to young adventure seekers: the type of weekend warrior who takes excursions to the mountains or the beach. Many of these dudes -- and they are mostly male, the source of 86% of Tacoma sales -- can be found on the sunny shores and snowy slopes of California, a Toyota stronghold. The model’s tagline says it all: “Built for the endless weekend."

And buyers are paying up for them. Smaller pickups once sold for rock-bottom prices to first-time buyers. Now they’re boosting the bottom line at automakers that trick them out with elaborate entertainment systems and color-coordinated bash plates underneath to protect beefy off-road powertrains. The Tacoma starts at $26,150 for a utilitarian model but can climb above $50,000 for a fully-loaded TRD Pro. The Japanese company says half of all Tacomas sold in the U.S. include the optional TRD off-road package.

LMC Automotive expects Toyota to redesign Tacoma in 2022 and perhaps catch-up with some of its new rivals’ high-tech touches, like a tablet-sized touch screen in the dash. That could be timed with a plan to consolidate all production in Mexico starting next year. But even with its old-school design, the Taco keeps ringing the bell.“These are good-margin vehicles," said Jeff Schuster, head of global vehicle forecasting at LMC.

The Tacoma’s success contrasts sharply with Toyota’s struggle to win mass appeal for its full-size Tundra, which competes with the Ford F-150, Chevy Silverado and Fiat Chrysler’s Ram. The Tundra has respectable sales in coastal regions and in Sun Belt states but has never been a real player in the middle of the country where domestic brands rule the road.

The Tundra has failed to make headway because buyers in the Midwest and many Wheat Belt states want the kind of towing brawn, payload heft and decades-old nameplate loyalty that Toyota’s 20-year-old truck can’t offer.

The Tacoma, which debuted in 1995, hasn’t had to overcome hurdles like the F-Series’s four decades of dominance. For starters, it came of age at a time when midsized rivals including the first-generation Ranger had been around for only about 10 years. And Toyota stuck with it when the bottom dropped out of the market in the early 2000s as buyers turned to bigger trucks with more features. American automakers moved away from smaller trucks, preferring to chase fatter profits on bigger tailgates.“We stayed in the game when everybody jumped out," said Mike Sweers, Toyota’s executive chief engineer for pickups in North America, whose office wall in Ann Arbor, Michigan, features a giant illustration of a Tacoma race truck. “We felt that this market deserved attention and there was a strong following" for the pickup.

The Tacoma’s staying power has a lot to do with efforts to make it tougher than the average midsized truck. Toyota’s engineers design parts such as the four-wheel-drive transfer case to be 12 times as durable as their rivals, akin to specs used for the company’s global pickup sold in markets outside the U.S. That leads to trucks that last and customers that come back.

"It’s based on a global standard," Sweers said. “For 99% of the customers, they’ll never reach that limit of the vehicle. But that’s what we built our reputation on."

A reputation for reliability has another benefit: high resale value that allows dealers to offer low lease prices. When Dennis Wiskus’s four-year-old Tacoma was totaled after being t-boned on a California highway in 2017, his insurance company gave him $32,000, just $5,000 less than he paid for it.“So I marched right down to my Toyota dealer and said I want a new truck," said the retired fire fighter, who bought an identical white Tacoma King Cab with an extended bed. “They hold their value."But Tacoma’s appeal goes beyond practicality and price. Analysts and car critics praise it for an attribute that’s rare for Toyota products: its looks.“With cars like Camry, Toyota is known for very conservative styling, very mainstream, essentially vanilla," Schuster said. “But the Tacoma has always had more aggressive styling."