Volkswagen Nivus to launch in Brazil on June 25

The Nivus SUV Coupe is based on the company's MQB A0 platform.The Volkswagen Nivus will be initially sold only in the Brazilian market, before heading to Argentina and South American markets next year.
By : HT Auto Desk
| Updated on: 21 Jun 2020, 08:58 PM 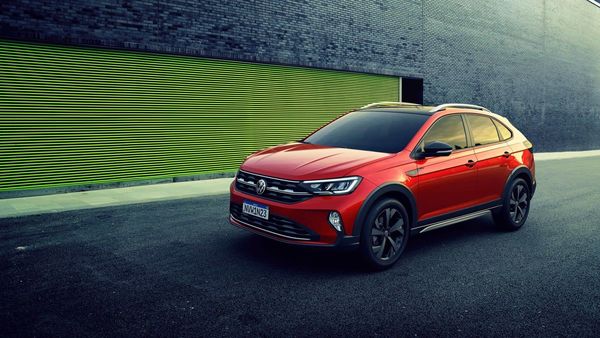 After the global unveil in May, the German automaker Volkswagen is all-set to launch the Nivus SUV Coupe on June 25 in the Brazilian market.

Production of the Nivus has already commenced at the company's Anchieta plant in Sao Bernardo do Campo.

The Volkswagen Nivus will be initially sold only in the Brazilian market, before heading to Argentina and South American markets next year.

The Nivus SUV Coupe is based on the company's MQB A0 platform. The same platform is also found on the VW Polo and the T-Cross compact SUV. As far as positioning is concerned, it will sit below the VW T-Cross.

The Nivus looks surprisingly dynamic and bold on the outside. It wears a wide grille up front which is flanked by sleek and stretched headlights. It rolls on 17-inch wheels which contribute to its sporty appeal.

Under the hood of the new Nivus sits a 1.0-litre three-cylinder TSI petrol engine which has been rated to deliver a maximum power output of 128 PS. It is hooked to a 6-speed Tiptronic automatic gearbox transmitting power to the front wheels.

It comes with features such as adaptive cruise control, automatic parking assistant, automatic emergency braking up to 50 kmph, electronic differential lock or keyless entry and start.

As far as its India launch is concerned, it is not yet confirmed if VW's new SUV Coupe will step foot on the Indian shores anytime soon.