The first pre-production unit of the ID.6 has already left the production lines of one of the Volkswagen factories in China.
By : Sabyasachi Dasgupta
| Updated on: 30 Apr 2020, 05:10 PM 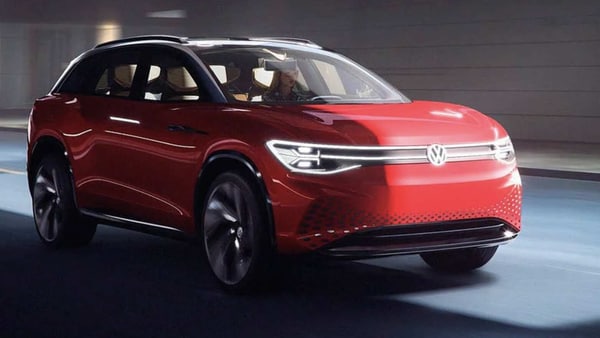 The pre-production of the future Volkswagen ID.6, a fully electric SUV, has already begun in China.

Volkswagen has launched the production of the first working models of electric vehicles based on the ID concept Roomzz. The 7-seater electric SUV is likely to be launched for the Chinese market some time in 2021 and is likely to be called ID.6.

The first pre-production unit of the ID.6 has already left the production lines of one of the factories that Volkswagen has in China together with its local partner SAIC. Roomzz is a very interesting conceptual model that lays the foundations for one of the next members who will join the ID family.

At 4,915 mm long, 1,890 mm wide and 1,760 mm high, the Volkswagen ID.6 comes to occupy a place among the largest electric SUVs on the market. Within the ID electric family. from the German manufacturer the ID.6 is above the ID.3 , a compact the size of the Golf and the ID.4 (ID.Crozz), a mid-size SUV that was recently unveiled virtually .

ID.6 will inherit the electric powertrain from the  ID.Vizzion , consisting of two engines. The first one acts on the front axle and has a power of 101 hp and a torque of 140 Nm, while on the rear axle it receives a more powerful engine, 201 hp and 309 Nm. The total power is 302 hp and 449 Nm of torque. It reaches 100 kmph from standstill in 6.6 seconds and the maximum speed it can reach is  180 kmph . Depending on the driving mode chosen by the driver, the drive can be located on the rear wheels, the front wheels or all four.

According to reports, the electric SUV will be available with two battery options - 77kWh and 111 kWh. Mileage will range between 450 kms to 600 kms on single charge.

(Also read: What should Volkswagen ID.3 look like in 2050? Carmaker launches competition)

The Volkswagen ID.6 is expected to be introduced in China in 2021. However, reports indicate that the ID.6 electric SUV's arrival in Europe will happen in the spring of 2022.

The main competitor of the new Volkswagen model will be the Tesla Model X. However, the price of the ID.6 is likely to be much lesser, more closer to Tesla’s Model Y range.