Toyota Urban Cruiser launched: How is it different from Maruti Vitara Brezza

Toyota Urban Cruiser has small and subtle distinctions that seek to set it apart from Maruti Suzuki Vitara Brezza.While Urban Cruiser is a spin-off of Brezza, Toyota is hoping to woo buyers in a number of significant ways.
By : HT Auto Desk
| Updated on: 24 Sep 2020, 08:22 AM 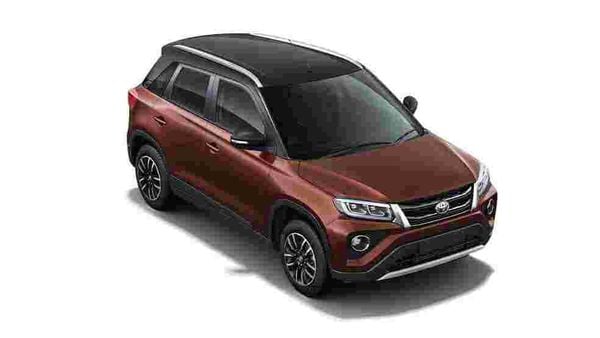 Toyota Urban Cruiser has become the latest sub-compact SUV to hit the Indian markets in a segment that remains robust despite challenges aplenty facing the Indian automobile industry. While most would jump to point out that Urban Cruiser is a rebadged version of Maruti Suzuki Vitara Brezza - much like Glanza is a spin-off of Baleno, the latest Toyota does seek to put forth a unique identity.

There is no denying that the Urban Cruiser is near identical to the Brezza in terms of looks - and it obviously would be because it is its spin-off, the Toyota does get a different front grille and a new bumper to help it have a distinguished face. The Toyota badge is also prominent enough to set it apart from Brezza.

On the inside, Urban Cruiser gets upholstery done in brown while the upholstery in Brezza is all black.

Mechanically speaking, Urban Cruiser gets only the 1.5-litre petrol engine which produces 103bhp of max power. One can choose between a five-speed manual or a four-speed auto gearbox. The auto version - much like in the Brezza - gets a mild-hybrid system.

Urban Cruiser is indeed a rebadged version of Brezza but small and subtle distinctions are aplenty to help it script its own tale in the Indian market. Toyota enjoys a reputation for being a reliable car maker here and backed by its extensive service network, Urban Cruiser sub-compact SUV could indeed find its mark despite the red hot competition it faces.