These five cars won’t return to Indian roads in 2021 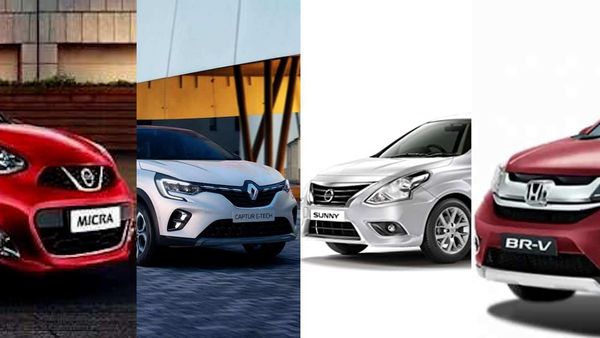 Renault Captur and Honda BR-V were among some of the models discontinued in 2020.

As 2020 comes to a close, some of the cars that have been on Indian roads are not going to return in 2021. Of the several cars and two-wheelers that were taken off production, we focus on five cars that will not hit the roads again for quite some time.

At the start of the year, Honda decided to pull the plugs on BR-V SUV. The Honda SUV was not upgraded to the new BS 6 emission standards.

The Honda BR-V was introduced in India in late-2015 and was launched in May 2016. It wasn't a high-selling product in the country as last year, Honda sold only 2,857 units of the 'pseudo-SUV', while in 2018, 7,140 units were sold. As the numbers suggest, the BR-V's yearly sales were falling and that too by a significant margin.

The BR-V had similarities to the Mobilio which too had failed to attract buyers and had been discontinued. The BR-V sold in the international market is offered in both 5- and 7-seating configuration. While the Indian-spec model was only available in the 7-seat version. It is unlikely that Honda will launch a new-generation BR-V in India.

Hyundai Motor India has taken down the Xcent sub-4 metre sedan from its official website. The company launched the successor to the compact sedan in the form of 'Aura' earlier this year.

While Hyundai Xcent originally spawned out from the second-gen Hyundai i10 (Grand i10), similarly, the Aura came out as the sedan iteration of the third-gen i10 (Grand i10 Nios).

Both the Hyundai Aura and Xcent sedans featured the same length (3,995 mm) and height (1,520 mm). The Xcent came powered by a BS 6-compliant 1.2-litre petrol engine and a 1.2-litre diesel engine. Both the powertrains featured a 5-speed manual transmission.

Nissan also decided to discontinue at least two models from the Indian markets in 2020. Due to strict implementation of the BS 6 norms, the carmaker pulled the plug on its Micra hatchback and Sunny sedan.

The Japanese carmaker had launched the Micra hatchback in India a decade back, the car then went on to receive a mid-life update in 2014 and the next facelift followed in 2017.

The company added Sunny sedan to the portfolio back in 2011 and the car was given an update in 2017. It featured a 1.5-litre petrol and 1.5-litre diesel engine options.

Renault India has removed one of its flagship products from its official page. Renault Captur SUV, which was offered in BS 4 version, has gone off the vehicle listing page of the carmaker's official website.

Renault Captur was first launched in India back in 2017. Renault Captur in India was competing with other mid-size SUVs like Maruti S-Cross, Nissan Kicks, Kia Seltos among others. However, it failed to make an impact on the Indian buyers, not only in its segment, but also compared to all other models offered by Renault in the country.

Though Renault introduced the 2020 Captur SUV in Russia earlier this year, it is unlikely to make its way into India any time soon.