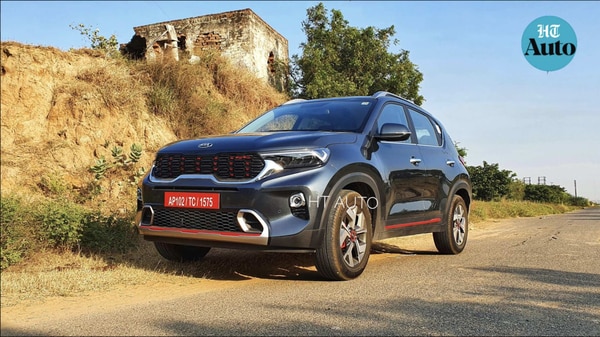 Kia Sonet has not only taken the sub-compact SUV market in India by storm, it has also helped the Korean carmaker to achieve year-on-year growth globally. Kia Motors has announced a 2 percent increase in November sales compared to the same month last year.

The Korean carmaker sold 11,417 units of the Sonet sub-compact SUV in November. The numbers were enough to help Kia Sonet take the crown in the fiercely competitive segment for the first time since its launch barely three months ago.

Kia Sonet's rise has been so meteoric that it now contributes almost 50 per cent of the Korean carmaker’s total monthly sales. Sonet is the reason why Kia Motors recorded a 50% year-on-year growth in November.

Kia's Sportage SUV continues to be the carmaker's best-seller across the world with 35,930 units sold, followed by the Seltos SUV with 31,861 units and the K3 sedan with 22,804 units.

Sales in Korea rose by 3.9 percent from a year earlier to 50,523 units as brisk sales of Carnival minivan, Sorento SUV, and K5 sedan supported Kia’s growth in its home market.

Kia will also continue to focus on implementing its ‘Plan S’ strategy, the company’s mid- to long-term roadmap for transformation into a mobility company, planning to launch its first dedicated BEV model next year.