The Mahindra Alturas G4 delivered to the President features an all-black paint scheme.The vehicle was delivered at the Rashtrapati Bhavan and was received by the Joint Secretary on behalf of the President.
By : HT Auto Desk
| Updated on: 06 Sep 2020, 08:58 PM 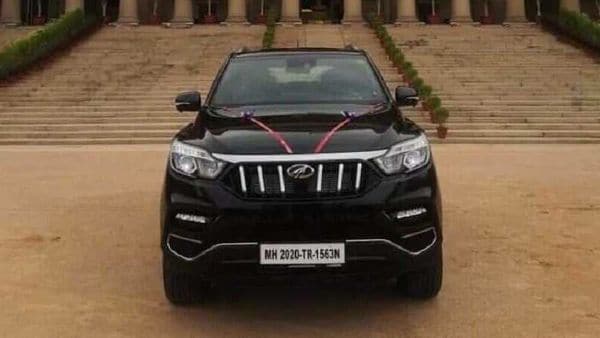 Mahindra has delivered the country's first BS 6-compliant Alturas G4 SUV to the President of India. The vehicle was delivered at the Rashtrapati Bhavan and was received by the Joint Secretary on behalf of the President.

The Alturas G4 delivered to the President features an all-black paint scheme. On the other hand, there is no confirmation on any other custom tweak done on the vehicle.

It can be safely assumed that Mahindra will now initiate the delivery of the BS 6 Alturas G4 SUV to the regular customers. What's to be noted is that the SUV was introduced in the Indian market earlier this year.

The information on the delivery of the Alturas G4 SUV was posted on Twitter and was also shared by Parthasarathy - President, Mobility Services, Mahindra Group.

The Mahindra Alturas G4 comes based on the SsangYong Rexton SUV. It was introduced in the Indian market back in 2018. It is priced at ₹28.73 lakh for the entry-level 2WD variant, while the top-spec 4WD variant retails at ₹31.70 lakh. (Both prices are ex-showroom, Delhi)

It employs a 2.2-litre diesel engine which works along with a 7-speed automatic torque converter which is sourced from Mercedes-Benz. The engine has been rated to deliver 178 bhp of power at 4000 rpm and 420 Nm of torque at 1600-2600 rpm.