Volkswagen Taigun will get an all-digital instrument cluster, a fresh dashboard layout and premium upholstery.The Taigun could be priced competitively as Volkswagen looks at having a strong say in the mid-size SUV segment.
By : HT Auto Desk
| Updated on: 12 Apr 2021, 03:05 PM 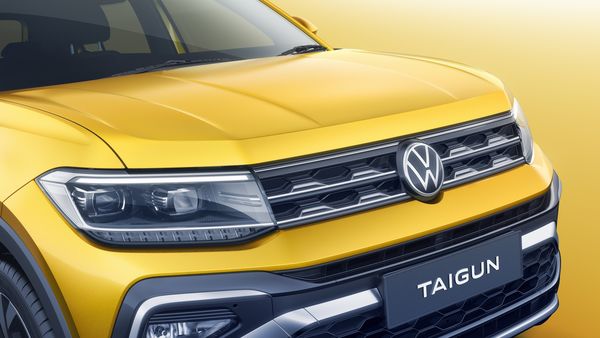 Volkswagen Taigun is gearing up for an India debut and it is being touted as one of the strongest offerings from the German auto giant in a space that is hotly contested as well as massively lucrative. The showcar was first displayed at the Auto Expo back in February of 2020 and Volkswagen has now revealed the cabin of the production-ready version of Taigun, with an emphasis on its youthful appeal while looking at staying true to Volkswagen's inherent design philosophy.

When launched, Taigun will compete in a segment that is presently dominated by the likes of Hyundai Creta and Kia Seltos. Design, therefore, is one of several key factors that could determine its fortunes here. Its cabin highlights too could be a pivotal factor.

The cabin of the Taigun appears to have a fresh character and the car will get a 10-inch infotainment screen, all-digital instrument cluster, a fresh dashboard layout, among others. Expect the quality of materials used to be at par with other Volkswagen offerings. 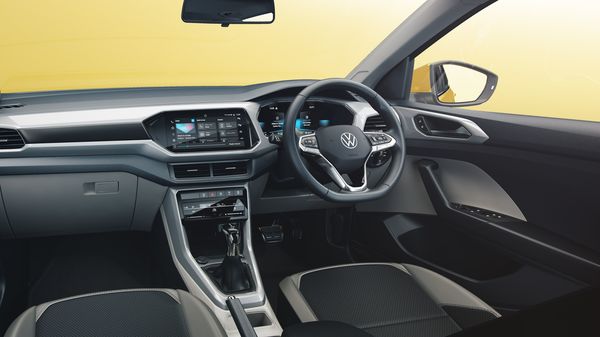 A look at how the cabin of the Taigun has been designed.

In an online design presentation on Monday, Josef Kaban - Head of Design at Volkswagen Brand - explained that the driving force behind how the Taigun was taken from sketch to production version was to have a youthful car which is still ,unmistakably, a VW. "Taigun has a playful exterior and interior design language which helps it have a youthful appeal. We were not trying to be funky with it," Kaban stated. "For India, we realized we needed to have a longer wheelbase and a third window but overall, it is clear that the showcar and production version are nearly similar."

Kaban also explained that being a Volkswagen, Taigun prioritized quality and this is something that translated to how the exterior profile and cabin details were crafted. "People expect quality when it comes to a Volkswagen and that is also where the Taigun will impress with the quality of materials used," he said.

The Taigun SUV will be offered in two trims with the GT line trim being the top end. It will have distinctive features like GT badging on the grille, red brake callipers among others.