Home Auto Cars News Pal V: All You Need To Know About 'to Be Made In Gujarat' Flying Car

PAL-V: All you need to know about 'to be made in Gujarat' flying car

Dutch company PAL-V will set up a manufacturing facility in Gujarat. Production is likely to begin from 2021.PAL-V's flying cars claim to have an aerial range of 500 kilometers and maximum speed of 180 kmph.
By : Shubhodeep Chakravarty
| Updated on: 11 Mar 2020, 11:56 AM 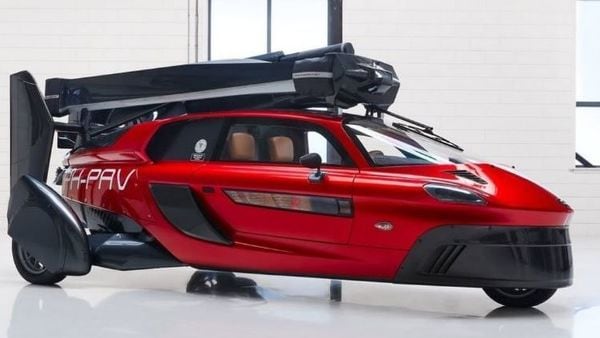 PAL-V, a Dutch company known for manufacturing flying cars, is all set to establish a plant in Gujarat. Production is likely to commence from 2021 and the company feels the Indian state offered the perfect conditions for its manufacturing facility.

The plant in Gujarat, it is reported, will help PAL-V export its products to several European countries and that orders for 110 flying cars have already been received.

PAL-V claims it has the world's first flying car production model called Liberty. "Inspired by nature, engineered by men and evolved over time, the PAL-V Liberty is a groundbreaking product that inaugurates the age of the flying car," the company states. "The PAL-V Liberty is a marriage between safety and fun, designed to satisfy the most demanding customers."

Powered by dual engines, the flying car offers self-stabilization, curve stabilization and can seat two people at a time. It can also carry baggage weighing 20 kilos and has a maximum take-off weight of 910 kilos. In drive mode, it has a maximum speed of 160 kmph, can accelerate from zero to 100 kms in less than nine seconds and a claimed range of 1,315 kilometers. In flight mode, it can reach a maximum speed of 180 kmph courtesy its engine with peak power of 200 hp. It can operate at a maximum altitude of 3,500 meters and has a range of 500 kilometers. It needs 330 meters of track to take off.

In a rapidly changing world of global transportation, PAL-V's entry to India for its manufacturing facility augers well for not just the company but for the state and the country too. In coming times, India could also feature as a viable market even if the legislation around flying vehicles is currently, and obviously, absent.