Home Auto Cars News Own A Chevrolet Cruze In India? Your Car May Be Part Of Recall For Airbag Fault

Own a Chevrolet Cruze in India? Your car may be part of recall for airbag fault

Chevrolet Cruze models between 2009 and 2017 are being recalled to check and fix possible faults with the Takata airbag inside.Chevrolet India states around 12,000 models have already been inspected in the past several months.Cruze was first launched here in 2009.
By : HT Auto Desk
| Updated on: 13 Apr 2021, 15:38 PM 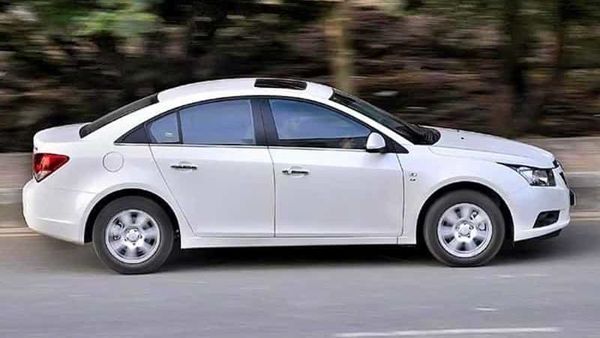 File photo of a Chevrolet Cruze.

Chevrolet may have packed bags and left Indian shores but a number of its cars are still common sight on roads here. Among these is the Cruze sedan which was once a possession of pride but has since been relegated to the sidelines. Chevrolet India, in line with its promise of continuing to support customers however, has now announced a recall for certain Cruze models to check for a faulty airbag.

Chevrolet India on Tuesday informed that Cruze models between 2009 and 2017 are being recalled to check a possibly fault with the Takata airbag. This is part of a larger recall worldwide that has impacted several cars and manufacturers.

In India, Chevrolet informed that around 12,000 models have already been inspected and faulty parts have been replaced over the past several months. "There are still a small number of customers who may not have had an opportunity to get their vehicles inspected," said Markus Sternberg, Vice President- Commercial Operations Chevrolet India. "Chevrolet is appealing to all those customers to get their vehicle inspected as soon as possible to ensure their safe motoring."

Cruze was launched in India amid much fanfare in 2009. Priced at upwards of around ₹14 lakh, the car found many takers for its sporty looks and exciting drive capabilities. A 2.0-litre diesel engine was at its core and there was also an option to choose an automatic transmission box. It rivaled Honda Civic and Toyota Corolla Altis here.

Overall though, Chevrolet found going extremely tough in the Indian market and stopped production in 2017.