One electric car every year: Bentley to launch five EVs starting in 2025

British luxury carmaker Bentley had earlier announced its foray into electric vehicle segment. The brand said its first-ever fully battery-powered luxury car will be be launched in 2025.
By : HT Auto Desk
| Updated on: 27 Jan 2022, 11:35 AM 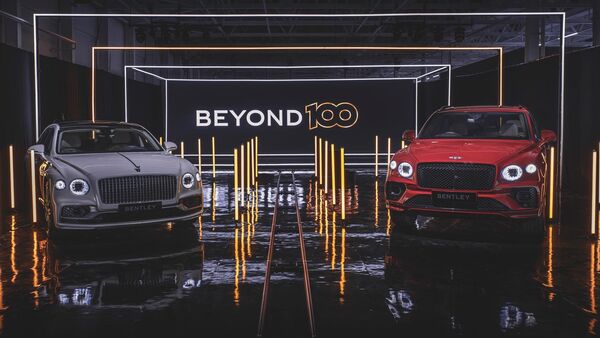 Bentley has announced that it will come up with five electric vehicles, one each every year, starting from 2025.

Bentley Motors has announced that it will not stop at just one electric car unlike its key rival Rolls-Royce. The iconic British luxury carmaker has revealed bigger plans in its push for electrification in coming days. Bentley says it will launch as many as five EV models starting from 2025, the year it will launch the first one.

Bentley had earlier announced its foray into electric vehicle segment. The brand said its first-ever fully battery-powered luxury car will be be launched in 2025. Later, it said that the carmaker has a ‘Five-in-Five’ plan, which is a commitment to launch five electric car models, one each year, in its efforts to go big in the EV space.

Adrian Hallmark, Chairman and CEO of Bentley Motors, said, “This latest announcement regarding Bentley’s Beyond100 plan confirms the initiation of a major transformative phase in the company’s long and illustrious history. The world is changing and we need to play our part in neutralising our environmental impact. That means delivering on our aim to be end-to-end carbon neutral by 2030, and reaffirming our role as the leader in sustainable luxury mobility."

Bentley Motors had earlier announced its commitment towards clean-energy vehicles. The carmaker has announced plans to invest $3.4 billion in sustainability over the next decade. "Our aim is to become the benchmark not just for luxury cars or sustainable credentials but the entire scope of our operations," Hallmark said in a statement.

The electric cars will be manufactured from Bentley's facility in UK's Crewe. The facility will also be reconfigured in order to set up assembly line for the upcoming electric cars. In order to do that, Bentley will extend on-site energy production and increase the number of solar panels from 30,000 to 40,000 in the next two years. It also aims to use sustainable biofuel in fleet cars, including Bentley’s iconic Heritage Collection.Bentley will also ask its suppliers to meet minimum sustainability standards.

Bentley has not shared any detail about the upcoming electric cars. Rolls-Royce, its key rival, has already confirmed its first electric car Spectre will be unveiled next year. Aston Martin too has plans of ushering in a new era of electric cars for its buyers while Italian supercar maker Ferrari too is closing in on rolling out its electric car, reportedly to be make its debut the same year when Bentley launches its first EV.