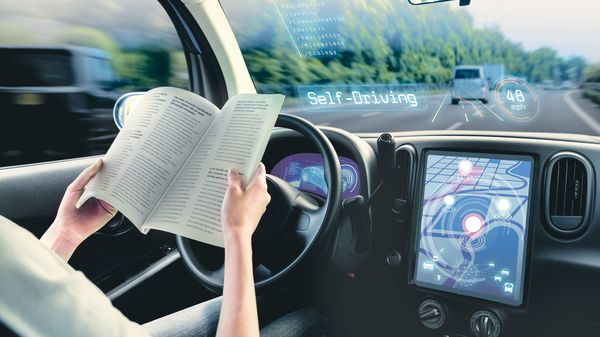 Like every big or small technology company around the world, tech giant Nvidia too is working on autonomous vehicle technologies. The company aims to grab larger slices of the automated driving market, which includes suppliers and OEMs developed driver assistance systems.

Nvidia has introduced Hyperion 8 — a production-ready platform that includes sensors, compute and software required for autonomous vehicle development. The company claims that it will be available for auto companies to buy for their 2024 vehicle models.

Hyperion 8 comes as the latest iteration of the end-to-end Nvidia Drive platform. This modular platform is claimed to be capable of customisation by the automakers as per their needs. It comes including 12 cameras, nine radars and one lidar.

The company has also brought a virtual driving assistant that can park a standard vehicle. Dubbed as Drive Concierge, the technology uses artificial intelligence software to provide a variety of services, including an autonomous driving function that allows a vehicle to park itself.

Nvidia has already partnered with automakers such as Mercedes-Benz, Volvo Car AB and Nio. Mercedes and Nvidia announced in June 2020 a partnership to develop a new generation of Mercedes vehicles with autonomous driving and other functions. The first of those Mercedes vehicles is planned to launch in 2024. Expect the new platform to play a key role in that growth of self-driving vehicles.