Nissan Magnite has already gathered over 15,000 bookings since launch.Magnite SUV packs a 1.0-litre petrol engine which is available in naturally aspirated as well as turbocharged formats
By : HT Auto Desk
| Updated on: 22 Dec 2020, 07:02 PM 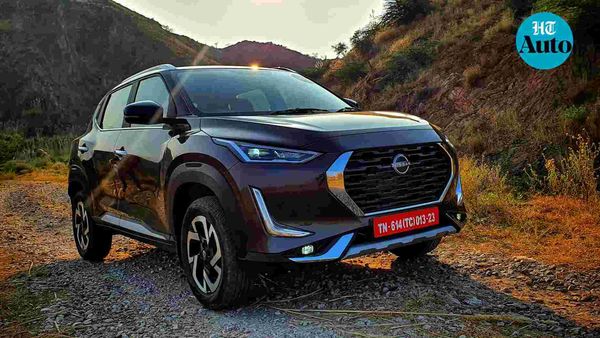 Nissan Magnite is offered in both dual-tone as well as single-tone colour options. (HT Auto/Sabyasachi Dasgupta)

The Magnite is bound to become dearer by up to ₹55,000, and Nissan is yet to announce the detailed variant-wise price breakup which is expected to arrive in the next few days. The firm has also recently announced maintenance plans for the Magnite. (More details here)

Nissan's sub-four metre SUV has already gathered over 15,000 bookings since launch. It is being offered with two years' warranty (50,000 km) which can also be extended up to five years (1 lakh km). "Magnite comes with over 20 best-in-class and first-in-class features with the Nissan Promise of Lowest cost of maintenance," said Rakesh Srivastava, Managing Director, Nissan Motor India.

Under the hood, the Magnite SUV packs a 1.0-litre petrol engine which is available in naturally aspirated as well as turbocharged formats. The transmission options include a five-speed manual unit and an optional CVT unit.