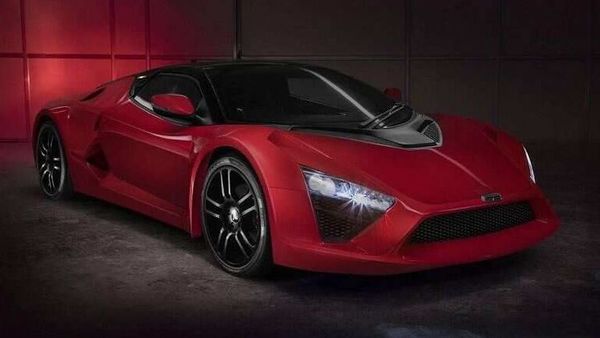 DC TCA was revealed at the Auto Expo 2018

While the DC Avanti might have been taken off the shelves, but the company hasn't given up on its sports car as a successor is already in the works and this time it will swap its IC engine powertrain with an all-electric motor. It is going to be India's first fully electric sports car.

As far as exteriors are concerned, the successor to the DC Avanti will borrow design inspiration from the DC TCA which made its debut at the Auto Expo 2018. For the uninitiated, the ‘TCA’ in its name stands for “Titanium, Carbon and Aluminium". It came with an IC powertrain featuring a 320 PS 3.8-litre naturally aspirated petrol engine which came teamed-up to a 6-speed automatic transmission.

The DC's first electric sports car will employ an electric powertrain which is currently under development in Switzerland by an 'undisclosed' firm. Though it is quite a possibility that it might be the same company that DC shook hands with for the development of the DC2 e Amby (electric Ambassador).

As far tech-specs and performance is concerned, the DC's upcoming sports car will feature a 160 kWh battery. It is has been claimed to do a 0-100 kmph run in less than 5.5 seconds.

The development of its body and chassis is already complete, while the interior and lightning elements are still in the mid-phase.

As far as launch is concerned, the successor to the DC Avanti is expected to arrive sometime before late-2022. Expect a price tag of somewhere around ₹40 lakh on this electrified TCA. At this price point other options available for car enthusiasts include the likes of VW T-Roc R, all-new Skoda Octavia RS and more.