The latest Toyota Land Cruiser gets a long list of design highlights and promises a drive that is even more capable than before.An updated cabin on the new Toyota Land Cruiser seeks to improve comfort while offering a number of feature additions.
By : HT Auto Desk
| Updated on: 02 Aug 2021, 01:15 PM The latest Toyota Land Cruiser is looking at building on the reputation of the SUV to tackle almost any terrain and climatic conditions.

The latest Toyota Land Cruiser was officially launched by the company in select markets on Monday with the claim that the SUV builds on its decades of heritage of being a reliable performer that is at home on almost every terrain it is driven on. With a completely re-designed exterior when compared to the 200 Series first brought out in 2007, the latest Land Cruiser looks more menacing than ever before while promising a capable drive performance. 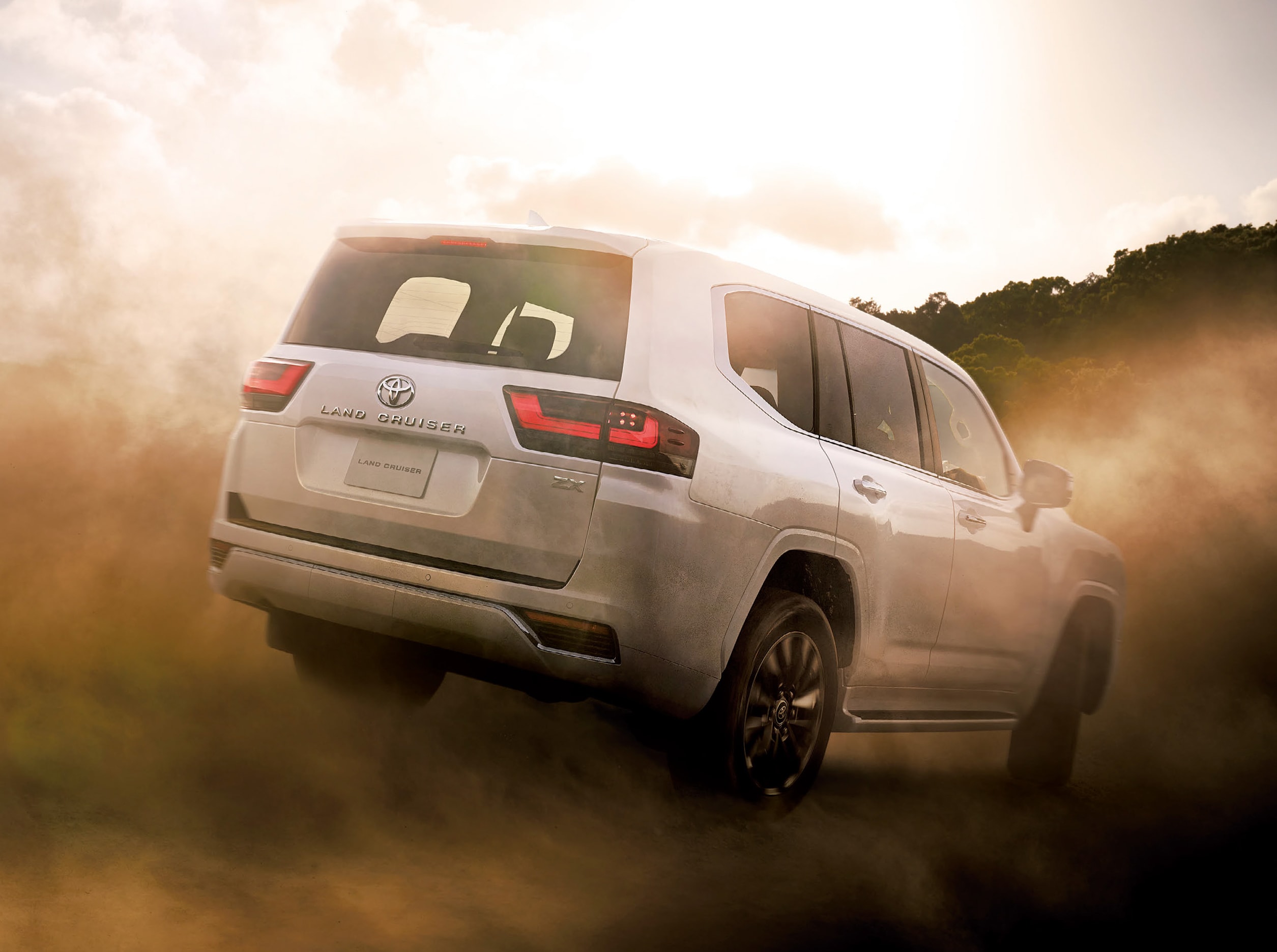 The new Land Cruiser from Toyota is based on GA-F Platform.

The latest Land Cruiser is based on Toyota's GA-F Platform and adopts an updated version of the traditional ladder frame. The car maker claims that the SUV now boasts of improved collision safety performance, quietness, and ride quality. Body weight of the vehicle has gone down by 200 kilos and it has a lower center of gravity with an enhanced front-rear weight distribution.

The new Land Cruiser also makes use of a newly developed high-mount double-wishbone front and trailing-link rigid-axle rear suspension system which seek to enhance ride comfort while offering more steering stability. The hydraulic steering wheel inside is touted to withstand the demands of the vehicle being driven in harsh environments. It also is one of the several safety highlights as it assists in Lane Tracing, better maneuverability at low speeds, reduced kickback while driving off-road. It is standard on the ZX, GR Sport, and VX grades. The other safety features include Electronic Control Brake, Torsen Limited Slip Differential (LSD) etc. Toyota says the new Land Cruiser is a culmination of new technologies and the technologies that have existed over time and have given the SUV the edge it has.

(Also see | In pics: All-new Toyota Land Cruiser can take on any terrain without a flinch)

The latest mean machine from Toyota also gets Multi Terrain Select which assists the driver in conditions where there is wheel spin. Drivers can select one of six modes―Auto, Dirt, Sand, Mud, Deep Snow, and Rock―and the system delivers guaranteed off-road performance through the automatic and integrated control of drive torque, suspension, and brake hydraulics. There are also four cameras - front, rear and on the sides - to help driver check road conditions and negate blind spots. This is part of a system called Multi Terrain Monitor.

Inside the cabin, the latest Land Cruiser is now equipped with a 12.3-inch screen with off-road display option. The upper part of the instrument panel is horizontal, there is a single dial to select drive mode and switches to control functionalities like air conditioning, audio system, driving and drive torque systems. 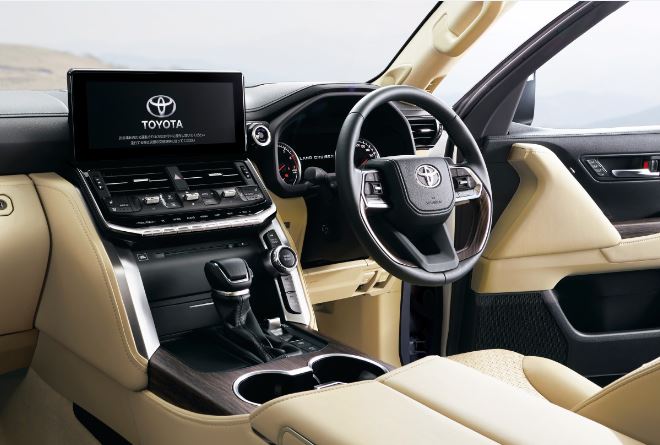 Hydraulic power steering inside the cabin of the latest Land Cruiser promises to offer better control on a wide variety of terrain.

The front and second row of seats support heating and cooling while there is also a cool box for chilling beverages.

The petrol unit has 410 hp of power and 650 Nm of torque while the diesel motor belts out 304 hp and has 700 Nm of torque. The Direct Shift-10-speed automatic transmission claims to offer better performance while improving fuel efficiency.