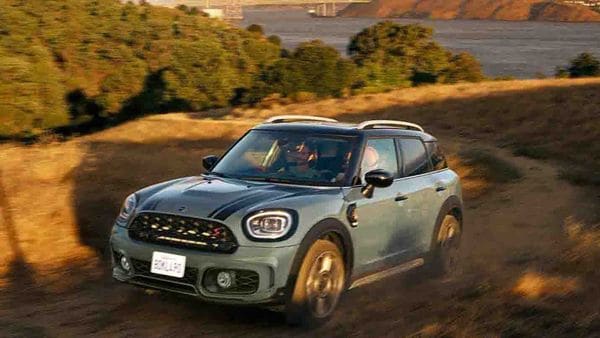 (Also Read: The tiny, low-cost EV that is mounting a spirited challenge to Tesla)

Dubbed as the Sports Activity Vehicle or SAV, the new Mini Countryman is available for bookings and test drives across the country, as the automaker claims.

The new Mini Countryman comes gets a host of revised styling touches, but retains the iconic design and silhouette of the model. New styling features include updated LED headlamps and LED taillights, a new front grille, and a contrasting roof. The Cooper S gets 17-inch alloy wheels, while the JCW Inspired variant gets 18-inch alloys along with run-flat tyres and it gets an additional aerodynamic kit as well.

For the powertrain, both the variants get a 2.0-litre turbo-petrol engine that is capable of churning out 189 bhp of power and 280 Nm of peak torque. The engine is mated to a 7-speed DCT gearbox. The JCW Inspired variant also gets paddle shifters.

Talking about the launch of the 2021 Mini Countryman, Vikram Pawah, President, BMW Group India, said that the car is a versatile sports activity vehicle that is capable of running in an urban jungle as well as in the outdoors. "The new MINI Countryman guarantees exciting new experiences, whether on a planned holiday or a spontaneous getaway. We are pleased to launch the new MINI Countryman for the first time with an all-in ‘Absolute Value' offer for our customers that ensures a comprehensive ownership experience," he further added.