NASA astronauts to get a new ride soon: What's special there

The new Astrovan will be used for ferrying astronauts to and from launching pads during Moon and Mars missions.
By : HT Auto Desk
| Updated on: 05 Oct 2021, 09:48 AM 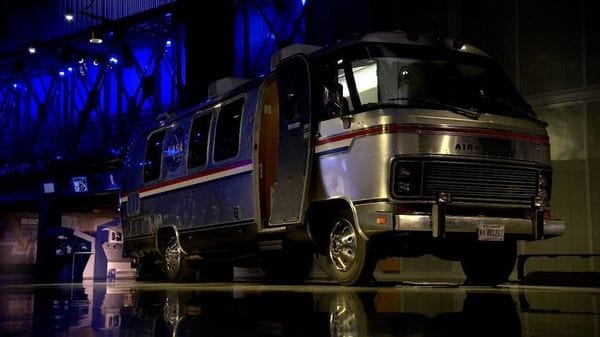 The Astrovan used during the Space Shuttle Program is on display inside the Atlantis exhibit at NASA's Kennedy Space Center Visitor Complex in Florida. (Image: NASA)

Automobile or Astrovan is not a common term for us. But people who are keen on space and astronomy might be familiar with these terms. US space agency NASA ferries its astronauts in a special vehicle that is christened as Astrovan or Astromobile. These vehicles have been featured in many films, documentaries as well.

Previously, NASA used a retro-looking RV for ferrying astronauts. But that retired along with the previous generation of space shuttles. Now, in an official statement, the space agency has welcomed bidding from companies for a new transport vehicle.

The new Astromobile will have a seating capacity for eight people. It will have four seats fully decked out for astronauts wearing spacesuits. The vehicle will come packed with modern technology. NASA has also indicated that it would welcome unique proposals for the vehicle. Also, it hopes the vehicle to have some historical significance as well.

As NASA stated in its official statement, the vehicle should visually embody Artemis to the public. Artemis is going to be the next manned moon mission of NASA that will send a woman astronaut for the first time and the first person of colour on the lunar surface. It will also be the next step for NASA to a series of human missions to Mars.

The technical details of the upcoming vehicle are not known. Don't be surprised if it comes as an unmanned, all-electric vehicle.