Rowdy driving isn’t the only problem that Indian cities face. Barriers to the introduction of driverless cars are many. They include the absence of road signs, dangerous potholes and poorly maintained footpaths. But the primary barrier is something else.
By : Saikat Chatterjee
| Updated on: 09 Jan 2020, 01:05 PM 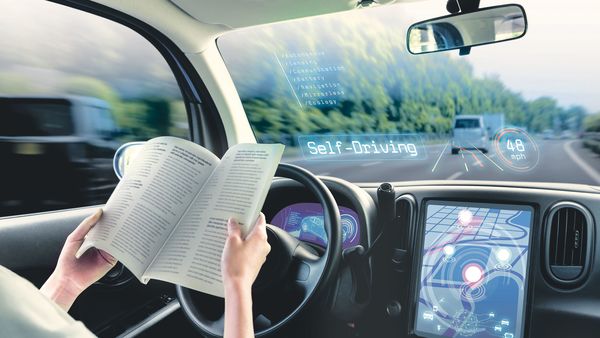 To make an autonomous car safe, developers need to make it as smart as humans—at least, in certain respects. To negotiate the unruly Delhi traffic, driverless cars need a whole different level of “smarts". In Western cities, traffic rules are followed, signs are obeyed and the right of way is given, not taken. It’s anything but so in Delhi and countless other Indian cities.

And that’s exactly why a 20-minute video by Intel Corp.’s Mobileye unit, showing an autonomous car navigating its way through the streets of Jerusalem, assumes importance.

The unedited video showed the self-driving car winding its way through road intersections without traffic lights, avoiding jaywalking pedestrians and merging effortlessly into oncoming traffic like an experienced Delhi cabbie (the full video is available on its website). As in Jerusalem, drivers in Delhi too need to show an intent to move ahead or risk waiting endlessly for traffic to clear.

Rowdy driving isn’t the only problem that Indian cities face. Barriers to the introduction of driverless cars are many. They include the absence of road signs, dangerous potholes and poorly maintained footpaths. However, the primary barrier is the government’s unwillingness to allow autonomous cars.

In September, roads minister Nitin Gadkari ruled out the introduction of autonomous cars claiming that they would make thousands of professional drivers jobless.

However, history shows that opposition, even from governments, has rarely, if ever, been able to stop the march of technology.

Mobileye, the self-driving technology company that Intel bought in 2017 for more than $15 billion, uses 12 cameras on its vehicle to navigate. It doesn’t use any other sensors such as radars.

“Our goal is…to do everything that is necessary to do in autonomous driving without relying on any other sensor other than camera," Amnon Shashua, president and chief executive of Mobileye, said at an event on Tuesday.

However, the technology for autonomous cars is anything but perfect at the moment, according to Shashua, who is also a computer science professor at Hebrew University in Jerusalem.

Mobileye’s immediate target is to limit errors in car sensors to one in every 10,000 hours of driving, roughly the rate at which a human makes an error in the US.

Despite the challenges, Shashua expects to have full-stack autonomous driving technology for robo-taxis by 2022 and for consumers by 2025.

“The full stack self-driving system for consumers we believe will come after robo- taxi, by 2025. We will be able to price a self-driving system with end-to-end sensors, hardware, cable, everything below $5,000. That price point enables installing these systems into consumer vehicles. In the beginning, (it will be) in premium vehicles but again this is where things start," he said. “(It’s) the holy grail of this entire business, when you as a consumer can buy a passenger car that is autonomously enabled."

The reporter is in Las Vegas at the invitation of Intel Corp.