MG Gloster SUV teased on company website, to launch after Hector Plus

MG Gloster will share the segment with other ladder-frame SUVs including the Toyota Fortuner, Mahindra Alturas G4 and Ford Endeavour.
By : HT Auto Desk
| Updated on: 30 Jun 2020, 03:48 PM 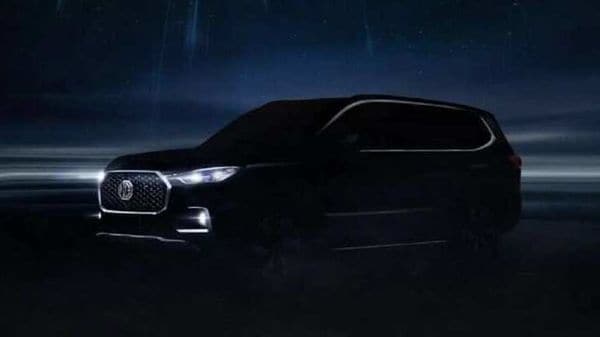 MG Motor India has teased its upcoming Toyota Fortuner rivaling Gloster on the company website. It was first showcased in India at the Auto Expo 2020 and was even spotted undisguised recently in spy pictures.

Though the Gloster has been officially teased, its launch is still months away. The very next product by the Chinese owned British car maker will be the Hector Plus which will come out in July.

For the uninitiated, the Gloster is a rebadged version of the Maxus D90 which sells in the Chinese market. Apart from that, the same SUV is also sold as the LDV D90. SAIC which is the owner of MG, also owns Maxus and LDV as subsidiary brands.

(Also Read: MG Hector Plus gets listed over company website ahead of July launch)

As far as Indian-spec model goes, the Gloster will be sold here with a 2.0-litre bi-turbo diesel engine. It will come mated to a 8-speed AMT. A part-time 4WD system will also be a part of the kit.

MG Motor India will assemble the Gloster at its manufacturing facility in Halol, Gujarat. It will share the segment with other ladder-frame SUVs including the Toyota Fortuner, Mahindra Alturas G4 and the Ford Endeavour.

Expect it to retail in the price range of ₹32 lakh to ₹40 lakh (ex-showroom).