Mercedes EQE will sit under the recently-launched EQS as Mercedes-Benz continues to push bravely into the world of electric vehicles.
By : HT Auto Desk
| Updated on: 30 Jul 2021, 09:20 AM 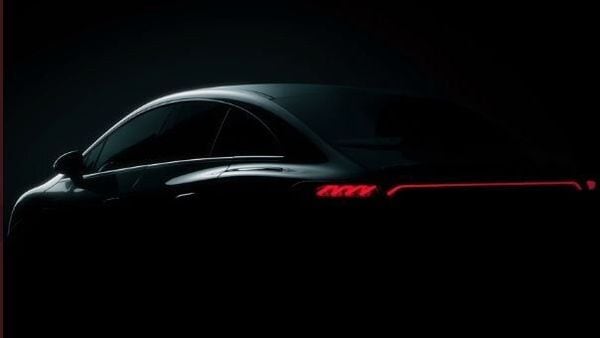 The stretched out light between the tail lights of the EQE is seen in this teaser image of the EV.

Mercedes-Benz has slotted itself firmly in place in the fast lane of the electric vehicle movement across the world and is ready to showcase as many as four fully battery-powered vehicles at the upcoming 2021 IAA Munich Motor Show which is scheduled to be held in September. And one of the showstoppers is likely to be the Mercedes EQE all-electric sedan which was teased recently.

(Also read: Mercedes-Benz to go all electric by 2030, will have 8 centres to make batteries)

The EQE EV will sit under the EQS sedan which was launched earlier this year amid much fanfare. As per the teaser images released by Mercedes, the EQE will get a huge central infotainment screen int the cabin, turbine-like AC vents which are quite common in new-age Mercedes cars, and a neatly laid-out ambient light set up. As far as the exterior design elements are concerned, not much can be ascertained from the teaser image apart from the elongated tail light that stretches from left to right. 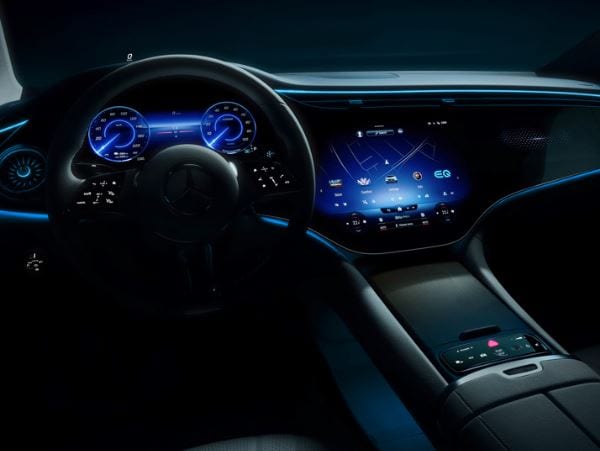 The large central and driver display screens inside the EQE seek to offer a connected experience to those inside this EV.

While the EQS has been loaded to the brim with several features, it is oriented more towards offering a luxury experience to passengers. The EQE, however, is likely to have a more sporty appeal to its design language.

The momentum that Mercedes is currently seeking to have in the world of EVs means that the EQE could be launched in several key markets soon enough. Here in India, the EQC SUV had been launched late 2020 - even before it was launched in the US - and it has managed to fare well.

It would be interesting to see then if the likes of the EQS and EQE is brought in as well in the times to come. Much like rival models, the EQC is brought in via the CBU route and costs upwards of ₹1 crore in the Indian car market. The German car maker continues to study the viability of bringing newer electric models to India.