100th Anniversary Special Edition Mazda MX-5 Miata will be available in both a retractable fastback and a burgandy red soft top.
By : HT Auto Desk
| Updated on: 30 Jun 2020, 03:46 PM 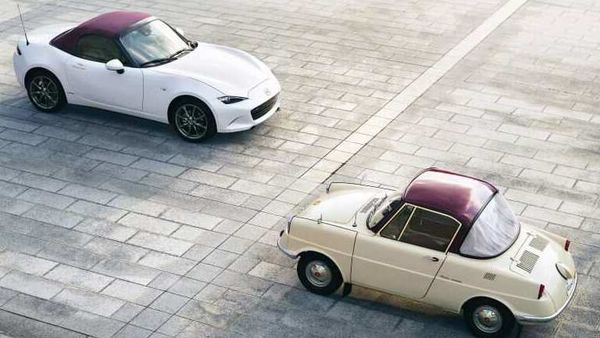 Mazda has introduced a limited special edition of MX-5 Miata to celebrate the brand's 100th anniversary. The company says MX-5 Miata is the perfect vehicle to honor the brand’s 100-year milestone. The special anniversary edition will be available in the US market later this year.

The car will be available in both, a retractable fastback and a burgandy red soft top. Prices for the soft top and the RF variants start from $32,670 and $35,425, respectively.

The anniversary edition Miata is being offered in Snowflake White Pearl Mica paint job with red interior styling and accents throughout. On the interior, the car gets red leather seats and red carpet, taking cues from Mazda’s first passenger car, the R360 Coupe. Based on the 2020 MX-5 Grand Touring, the special edition Miata is equipped with a four-cylinder Skyactiv-G 2.0 engine capable of delivering up to 181 horsepower and 151 lb-ft of torque and can be paired with a Skyactiv-MT six-speed manual transmission. Manual transmission versions will include a limited-slip differential, Bilstein dampers, front shock tower brace, sport-tuned suspension and, for the RF, a black roof.