Maruti Suzuki is now offering as many as 10 cars in eight cities under its subscription model.Maruti underlines that the subscription plans allow one to drive a new car without committing to a large investment that typically comes with purchasing a new vehicle.
By : HT Auto Desk
| Updated on: 06 Jan 2021, 10:54 AM 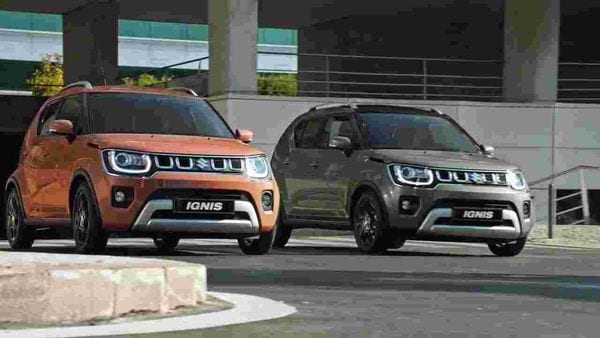 The new Ignis from Maruti Suzuki.

Maruti Suzuki is not just expanding its subscription-based model for a new car to more and more cities in India but on Wednesday announced the inclusion of WagonR, Ignis, S-Cross to the list of models available. The subscription model allows customers to drive a new vehicle based on fixed and pre-agreed tenure without investing a large some of money that would have otherwise been paid to outright purchase a car.

The WagonR Lxi can be driven out for a starting amount of ₹12,722 per month on a 48-month period while the monthly fees for Ignis Sigma is at 13,722 for the same time frame. These are prices in Delhi and include taxes.

The cars are currently available in eight cities and have white number plates which are registered in the name of the customer.

The three new cars included in the subscription model now join Swift, Dzire, Vitara Brezza, Ertiga from Maruti Suzuki ARENA and Baleno, Ciaz, and XL6 from NEXA which were already available under this initiative.

Launched for the first time on September 24, Maruti is backing the subscription model as a viable option for those who want to enjoy a new vehicle but may not want to commit to a large financial investment. The mopthly subscription plans include maintenance, 24x7 roadside assistance and insurance for the tenure of the plan chosen. The tenure ranges from 24 months to 48 months.

"Maruti Suzuki Subscribe is focused to bring convenience to the individual customers. It comes with a bouquet of convenient features – flexible tenure, zero down payment, registration and insurance and also covers complete maintenance," Shashank Srivastava, Executive Director - Marketing and Sales, had previously said.

Another advantage that the country's largest car maker is highlighting is that at the end of the tenure, a customer has the option of either extending it, upgrading to another vehicle or buying the existing car with him or her at market price.