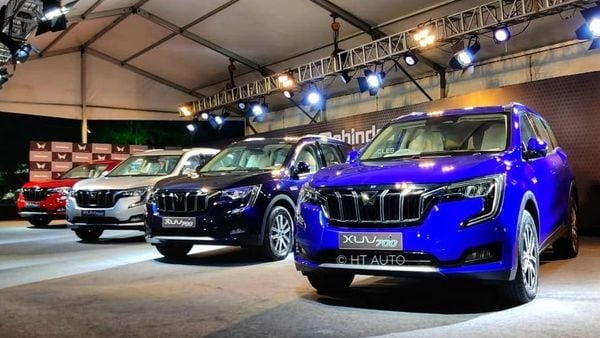 Mahindra has also recently trademarked the name Javelin for the special edition of XUV700.

The Tokyo Olympics 2020 has been fairly successful for India as the country secured several gold, silver and bronze medals. Apart from the central government, several organisations have also announced rewards for the athletes. Automakers such as Tata Motors, Mahindra, Renault and MG Motor have remained at the forefront in honouring the athletes with rewards and recognition.

Now the Mahindra Group chairman Anand Mahindra has announced a special edition of XUV700 for the gold medal winners at the Tokyo Olympics 2020. This special edition car will be called the XUV700 Javelin Edition and it will be gifted to Neeraj Chopra, Avani Lekhara and Sumit Antil, who secured gold medals at the recently held Olympics/Paralympics.

The homegrown automaker has also recently trademarked the name 'Javelin' and the Mahindra Group chairman took to Twitter to announce the official nameplate of the special edition XUV700 car.

Absolutely @anandmahindra Would be a privilege! https://t.co/wBMRsYckfQ

More details on the XUV700 Javeline Edition are yet to be revealed, but the car is expected to be featured with a special livery on the exteriors to honour these athletes. In addition, the car could also get a revised theme for the interiors. Specifically for Avani Lekhara and Sumit Antil, the gold medalists from Tokyo 2020 Paralympic Games, the XUV700 could come with special modifications for easier ingress-egress.

Meanwhile, Mahindra has already rolled out the pricing of the new XUV700 which starts from ₹11.99 lakh (ex-showroom). The car is expected to hit the Indian showrooms later in September.