Mahindra XUV700 has catapulted itself as one of the strongest mid-size SUVs in the Indian car market.Launched on India's Independence Day in 2021, the XUV700 from Mahindra has seen strong demand over the past several months.
By : Shubhodeep Chakravarty
| Updated on: 27 Jan 2022, 03:45 PM 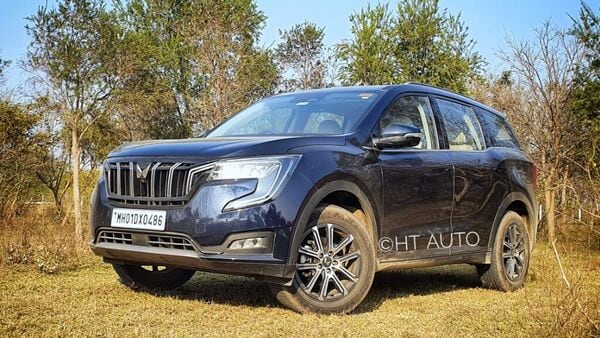 Mahindra XUV700 was launched after much wait but with a lot of promise on the occasion of India's Independence Day last year. On the occasion of the country's 73rd Republic Day on Wednesday, Mahindra confirmed that the SUV has clocked almost 1,00,000 bookings. The company hopes to hit the one-lakh booking milestone soon to make it the fastest for an SUV to achieve this feat.

Mahindra also confirmed that it has achieved its previously stated objective of billing 14,000 units to customers across the country by January this year. The waiting period for a majority of the variants of the SUV stand at six to ten months, while the waiting period for the AX7 series is over 12 months. The company is working towards meeting the committed delivery timelines to customers.

XUV700 was one of the biggest launches in the Indian car market in 2021. The three-row SUV boasts of striking looks, feature-packed cabin and a choice between petrol as well as diesel engine options. As such, the reception towards the vehicle has been strong and the waiting period quite extensive.

While Mahindra has also been enjoying mammoth success with the updated Thar - launched in 2020, and drove in Bolero Nio too, it is the XUV700 that is largely credited for the company's strong financial showing in recent times.

But why is the XUV700 being lapped up by car buyers in the country?

The XUV700 in the MX series is powered by a 2.0-litre Turbo GDi mStallion petrol engine which produces 195 bhp and has 380 Nm of torque. Then there is the 2.2-litre Commonrail Turbo diesel mHawk engine that belts out 153 bhp and has 360 Nm of torque on offer.

The AX series sees the SUV being powered by the same diesel unit but producing 182 bhp. Paired with the manual transmission, there's 420 Nm of torque but with the automatic transmission box, this goes up to 450 Nm.

The XUV700 has a solid road presence, a factor that is crucial for many SUV buyers in the country. The striking LED DRLs at the front, a blackened front grille, body-integrated door handles, large wheel arches, sporty alloy design and dominant body character lines all go to underline the muscular appeal of the vehicle.

The XUV700 is available in five as well as seven-seat setup. Depending on the variant selected, the cabin is also loaded with features galore. This includes a 10.25-inch infotainment screen, a digital cluster of the same size, AdrenoX Connect with 70 connected features, six-way power driver seat with memory, 360-degree camera, Sony 3D sound, wireless charging, and more.

XUV700 became the newest Mahindra to shine bright at the Global NCAP safety tests, securing a five-star rating. The SUV comes with Advanced Advanced Driver Assistance System (ADAS) which seeks to bring down instances of road accidents or crashes which may be caused by human error. Under it come features such as Adaptive Cruise Control, High Beam Assist, Traffic Sigh Recognition, Automatic Emergency Braking, among others.  It also comes with dual airbags, ABS and ISOFIX anchorages.

The XUV700 had an introductory pricing when the vehicle was first launched. At present though, it starts at ₹12.95 lakh (ex showroom) for the MX petrol variant with five seats.