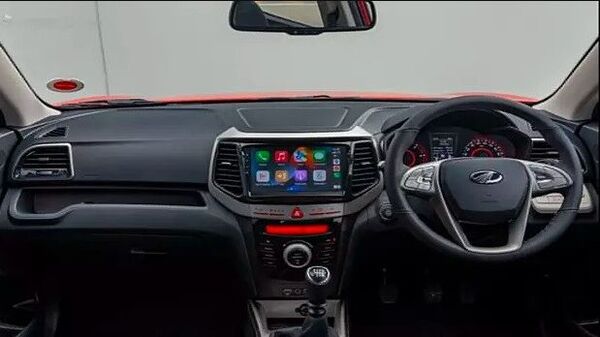 The new infotainment system comes with wireless charging, wireless Apple CarPlay, and Android Auto. These functionalities are being rolled out over and above everything that is available in the current system. The new display offers a resolution of 1024*600 and comes powered by a 1.5GHz quad CPU, promising fast load-up speeds and flawless operations.

Apart from the display, the SUV also gets a new set of alloy wheels which made their debut on the Indian-spec model. These wheels are being offered as an optional extra along with the older design that is seen on the car for a few years now.

As far as the Indian market goes, the company is rumoured to be gearing up for a new XUV300 Sportz edition variant. This car will come out as a 128bhp model to be made available for purchase in a total of four variants namely W4, W6, W8, and W8(O). It is said to source power from a 1.2-litre turbo-petrol mill along with a six-speed manual gearbox.

This trim will face heat from the sportier iterations of the sub-compact SUVs already present in India such as Hyundai Venue 1.0 Turbo and Kia Sonet 1.0 Turbo.