Mahindra Thar received a long list of updates that not only enhanced its 4X4 credentials but also helped it appeal to lifestyle car buyers.
By : HT Auto Desk
| Updated on: 04 Oct 2021, 06:31 PM 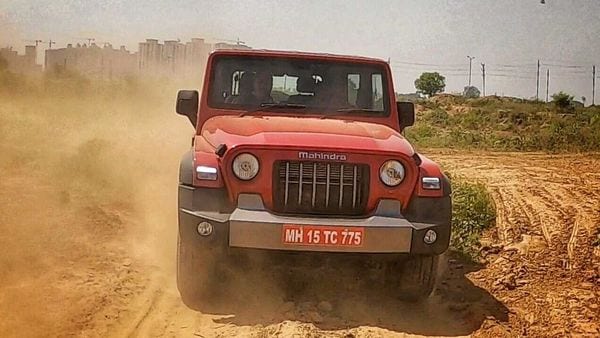 Mahindra Thar 2020 has been a rousing success in the Indian car market.

Mahindra Thar was officially launched in its latest form factor a year ago and in the past 12 months, it has received a whopping 75,000 bookings. The Thar from Mahindra received several crucial updates which include a petrol engine, automatic transmission, new styling updates on the outside and a more connected and upmarket cabin. Little wonder then at 40% of all bookings made for Mahindra Thar have come from millennials.

The latest Mahindra Thar was launched on October 2 of 2020 amid much fanfare.  At launch, the Thar AX variant was priced starting ₹9.8 lakh and the luxury-oriented Thar LX started at ₹12.49 lakh. Interestingly, the first unit of Thar was auctioned for RS 1.10 crore with the proceeds being given to charity.

There has been an overwhelming response for the Thar which soon led Mahindra to increase production capacity even if the waiting period for some of the more popular variants extend to several months.

Apart from the six-speed manual gearbox, Mahindra played smart to also bring in a six-speed automatic unit on the new Thar.

Thar 2020 is offerd with soft-top, hard-top and a convertible roof option. It is made available with layout for five with forward-facing seats and parallel bench seats as optional. But most noticeable are the feature lists which have received major updates. A drizzle-resistant infotainment screen, roof-mounted speakers, 3.5-inch digital driver display, rear AC vents and other such additions have helped Thar achieve larger acceptance.