Mahindra Thar's upcoming new accessories include a variety of covers for the spare wheel, new seatback organisers and a new interior paint trim kit.New accessories are expected to be available shortly on the company’s official website.
By : HT Auto Desk
| Updated on: 16 Dec 2020, 02:17 PM 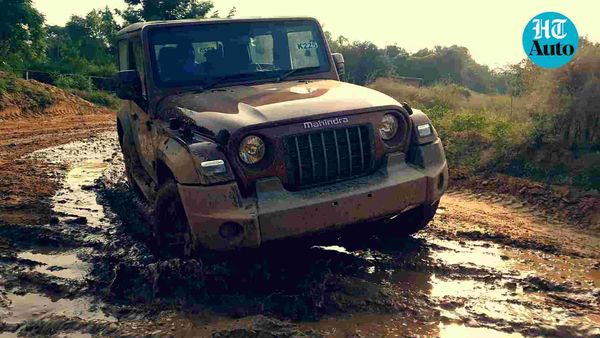 Mahindra Thar has gained immense popularity ever since its launch in November. Within just three weeks of launch, the SUV managed to gain over 20,000 bookings and also helped the homegrown automaker to grow its sales by 4% in November. This also explains the continuously growing waiting period on the SUV which has now stretched up to over six to seven months on certain variants despite the price hike.

The second-gen Thar is about to receive a set of new accessories which will be offered in addition to the present options. The new accessories include a variety of covers for the spare wheel, new seat covers and seatback organisers, and more. Moreover, the interior paint trim kit which was earlier available only in red will now also be offered in Olive Green option.

Other official accessories for the new Thar 2020 include a radiator protection guard, range of backpacks, GoPro equipment, and number plate/camera mount on the spare wheel. In addition to this, the automaker has also listed out official Thar merchandise such as t-shirts, mugs, jackets, caps, tool kits, air fresheners, and sticker 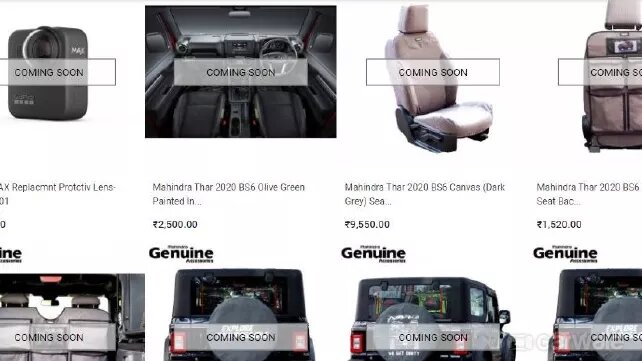 New accessories are expected to be available shortly on the company’s official website.

The new-gen Thar has gained a reputation for being a better daily driver without compromising its off-road capabilities. It is offered with a slew of styling, convenience, technology and safety accessories (more details here).

(Also Read: Thar to XUV500 and more, Mahindra to hike prices from Jan)