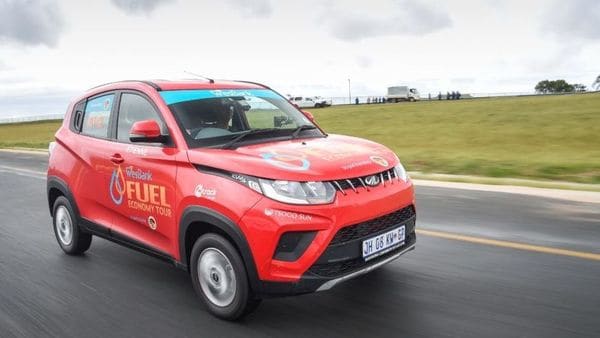 Mahindra’s KUV100 NXT K6 took top honours in the A1 class, the category for smaller vehicles which have become very popular in South Africa due to consistently rising fuel prices.

With its 1.2 diesel engine, the KUV100 NXT used the least fuel in its class and it delivered an average fuel consumption figure of only 5.2249 litres per 100 km, which was a winning margin of 14 per cent over its closest competitor.

This category win for the KUV100 NXT adds to the compact crossover's impressive budget-saving credentials, which included first prize in the recent 2019 AA Kinsey Report.

"The KUV100 NXT has once again proven that it is a true budget-friendly champion. From its affordable purchase price, its long list of standard features and safety equipment, its low daily running costs, and now its fuel consumption, it is the ideal car for South Africans on the hunt for a cost-effective compact crossover that is still loaded with features," said Rajesh Gupta, CEO of Mahindra South Africa.

The Mahindra XUV300 1.2T completed the challenge with a course average of only 6.4210 litres, taking second spot in its class.

The XUV300 W6 1.5 turbo diesel, which was entered in the highly contested B1 category for turbo diesel compact crossovers finished the 2,500 km test course with an average fuel consumption of 5.2030 litres/100 km to take third spot in this category.

Overall, Mahindra won third spot among all manufacturers for fuel efficiency in their range of vehicles entered in the Fuel Run.

"This triple accolade has further enhanced Mahindra's status as one of South Africa’s fastest growing brands in 2019, despite a general slowdown in vehicle sales," Gupta said, adding that this was helped in no small part by industry endorsements from reputed experts, such as Malcolm Kinsey, the SA Guild of Motoring Journalists, the National Automobile Dealers’ Association (NADA) and now the WesBank Fuel Economy Tour.

The company also celebrated the first year of operation of its assembly facility in Durban and inaugurated its new Special Fitment Centre in Gauteng, where models such as the newly introduced #DARE will be prepared.

Mahindra South Africa is a fully-owned subsidiary of Mahindra & Mahindra of India, which was established in 1945.

Mahindra SA is celebrating its 15th year of operations in South Africa. The company has also expanded into other sub-Saharan countries, currently exporting vehicles to Botswana, Zimbabwe, Zambia, Swaziland and Namibia, besides having presence in Swaziland and Lesotho.