Home Auto Cars News Lamborghini On Emis? Why More And More Millionaires Are Paying In Breaks

Lamborghini on EMIs? Why more and more millionaires are paying in breaks

While most of the buyers of these super-cars are industrialists and businessmen, Lamborghini has rarely sold a car to a corporate professional, such as a CEO, in India.
By : PTI
| Updated on: 14 Feb 2020, 10:24 AM 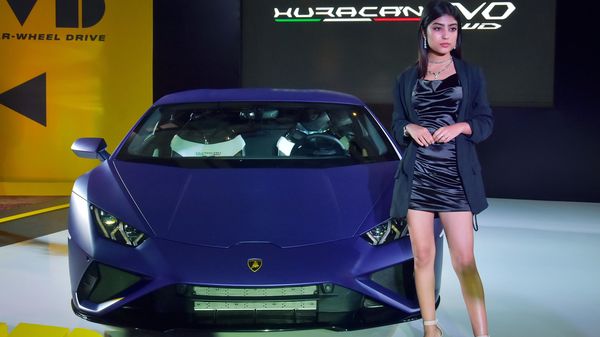 Contrary to a belief that super-rich would not think much when it comes to buying their favourite car, the Indian arm of super sports car manufacturer Lamborghini has said around 60 to 65 per cent of their cars are sold on car finance in the country.

While most of the buyers of these super-cars are industrialists and businessmen, the company has rarely sold a car to a corporate professional, such as a CEO, in India, said Lamborghini India head Sharad Agarwal.

"Our buyers are wealth creators, not wealth inheritors. They understand the value of money. Though they have money they would calculate everything before shelling out ₹5 crore on a car.

He would think about investing that much money into his own business and buy the car on loan," Sharad Agarwal told reporters here.

"Let me tell you that we do sell cars on EMI. More than 60 to 65 per cent our our cars are sold on finance. Majority of our buyers are industrialists or businessmen. Unlike in the US, very rarely we witness a corporate professional, like a CEO, buying a Lamborghini in India," he said.

He was speaking to reporters on the sidelines of the launch of 'Huracan EVO RWD', a super sports car.

Agarwal said the super luxury segment (cars priced above ₹2.5 crore) too experienced a slowdown last calendar year of 2019, when just 265 such cars of different brands were sold in India.

"While the market sentiments were negative last year, our growth was around 15 per cent last year. We are looking to maintain the growth momentum in this year too" said Agarwal, adding that people from non-metro cities are also queuing up to buy Lamborghini cars these days.

"Around three years back, 99 per cent our sales was coming from metro cities, like Mumbai, Delhi and Kolkata.

Now metro cities contribute 75 per cent while 25 per cent sales is coming from tier-1 and tier-2 cities, such as Ahmedabad, Surat, Nashik, Jaipur, Indore and Kanpur. The situation has changed in three years," he said.