The two new models from Kia Motors, showcased as concepts, are the X-line variants that will have off-road capabilities.
By : HT Auto Desk
| Updated on: 21 Nov 2020, 10:39 AM 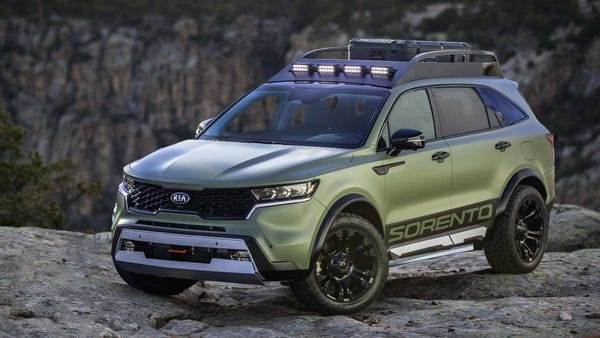 Kia Motors is all set to extend its model line with two new variants of its Sorento SUV. The Korean carmaker has unveiled the rugged X-Line Sorento concepts which are made for adventure.

The all-new 2021 Sorento will now have two off-road avatars which are trail-ready and appear tough. The pair of custom-built Sorento SUVs – the Yosemite Edition and the Zion Edition – were unveiled during the Kia's virtual national dealer meeting this week.

Each of the two new Sorento SUV models receives its namesake and inspiration from the outdoor environments found in America’s national parks. The Sorento Yosemite Edition is built for high elevation adventuring and mountain living, painted in 'Pine Green' in a matte finish with gloss and matte black accents. The Sorento Zion Edition is meant to tackle sand dunes during a desert escape, painted in 'Desert Sand' in a gloss finish with gloss black accents. 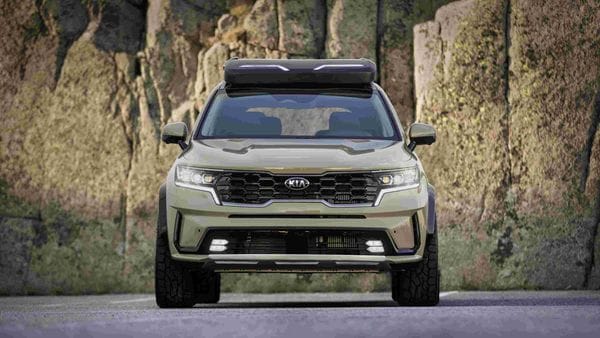 The Sorento Zion Edition is meant to tackle sand dunes.

Both these SUVs feature custom fender flares that sit atop 20-inch wheels and 32-inch all-terrain tires. They also include custom skid plates and brush guards in a satin chrome finish. The Yosemite edition gets a roof rack for packing gears, while the Zion Edition comes equipped with a full-length cargo top. Both SUVs will be making special appearances around the country to capture the imagination of adventurers and enthusiasts, alike.

Earlier in March this year, Kia Motors had launched the new 2021 Sorento SUV which features a special terrain mode for off-road driving.