Kia Tests US demand for EVs with second battery-powered SUV

Kia EV6 will jostle with other new electric crossovers including the Mustang Mach-E and Tesla Model Y.The EV6 is the first new model from Kia’s Plan S, which will bring almost a dozen EVs to market globally.
By : Bloomberg
| Updated on: 19 May 2021, 09:26 AM Kia EV6 made its debut in April and claims to be quicker than even a Porsche.

Hyundai Motor Group’s Kia brand debuted the first of eleven all-electric vehicles to be made over the next five years on a dedicated battery-powered car platform: a crossover sport-utility vehicle that arrives in US showrooms in early 2022.

The South Korean automaker’s new EV6 will jostle with other new electric crossovers including the Mustang Mach-E and Tesla Model Y. The launch is part of an industry-wide shift toward EVs in anticipation of higher demand and tougher carbon-emissions standards.

(Also read: In just one day, Kia gets 21,000 reservations in this country for its latest EV)

Kia Corp. currently sells its battery-electric Niro crossover SUV, which starts at about $40,000, alongside cheaper hybrid gas-electric and plug-in hybrid versions. The EV6 won’t offer a hybrid option -- a sign of confidence Kia buyers are ready to go electric-only.

“In the past, the EV adoption rate has been so low because people like gas-powered engines, the range was so low and people didn’t want to pay the premium," Russell Wager, vice president of marketing for Kia America, said in an interview Tuesday. 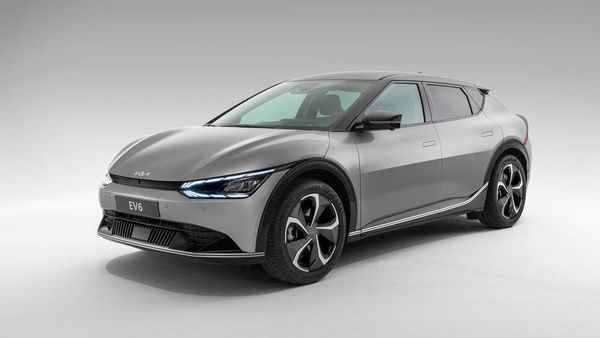 Kia EV6 demands soar in Europe with more than 7,000 bookings.

Things are changing -- and a recent gasoline shortages due to the Colonial Pipeline Co. disruption could be a tipping point, he said. “Look at what happened in the past couple weeks with the pipeline issue. People are realizing maybe they should give it a look."

Kia’s parent company, which also owns Hyundai Motor Co., last week announced plans to build EVs in the U.S. as part of a $7.4 billion investment. Those battery-powered vehicles will be made at a Hyundai plant in Montgomery, Alabama. Kia has a factory in West Point, Georgia.

The EV6, which will be made in South Korea, is as long as Kia’s Telluride mid-size SUV and will have more cargo and passenger space than the Niro, Wager said. With DC fast-charging capability, drivers can top up from 10% remaining battery life to 80%, which is enough to go 218 miles, according to Kia.

The EV6 is the first new model from Kia’s Plan S, which will bring almost a dozen EVs to market globally. General Motors Co. plans to sell 30 globally by 2025 and go completely electric by 2035. Ford has announced three all-electric vehicles, including the Mach-E and that went on sale late last year, and is expected to unveil a more detailed strategy later this month.

Kia’s Wager said the company believes consumers are ready for the coming shift to EVs.