The dual-tone colour theme on the Sonet will only be available in the HTX+ and GTX+ variants.

Kia Sonet has managed to become the most-talked about vehicle this year even as there are just days left for its official launch which is scheduled for this Friday (September 18). Sonet will enter an extremely lucrative compact SUV space in the Indian car market and while Kia's success with Seltos SUV may be working in its favour, the Sonet promises to make a mark on its own merit as well. To be made available in two trims just like the Seltos, the Sonet will also be offered in as many as seven colour options and another three dual-tone colour themes.

Kia cars tend to offer a whole lot of options and variants, and Sonet is not going to be any different. To be launched in two trims - Tech Line (HT Line) and GT Line, the colour options available will also vary.

The HT Line will comprise of HTE, HTK, HTK+, HTX, HTX+ variants and the colours available will increase as one goes up the order. So, the HTE, HTK will be made available in four options - Clear White, Steel Silver, Gravity Grey and Intense Red.

Move up the order and the HTK+ and HTX variants will get additional colour options - Aurora Black, Beige Gold and Intelligence Blue. There is also the option to choose Glacier White which is of a slightly different hue than the Clear White mentioned previously. 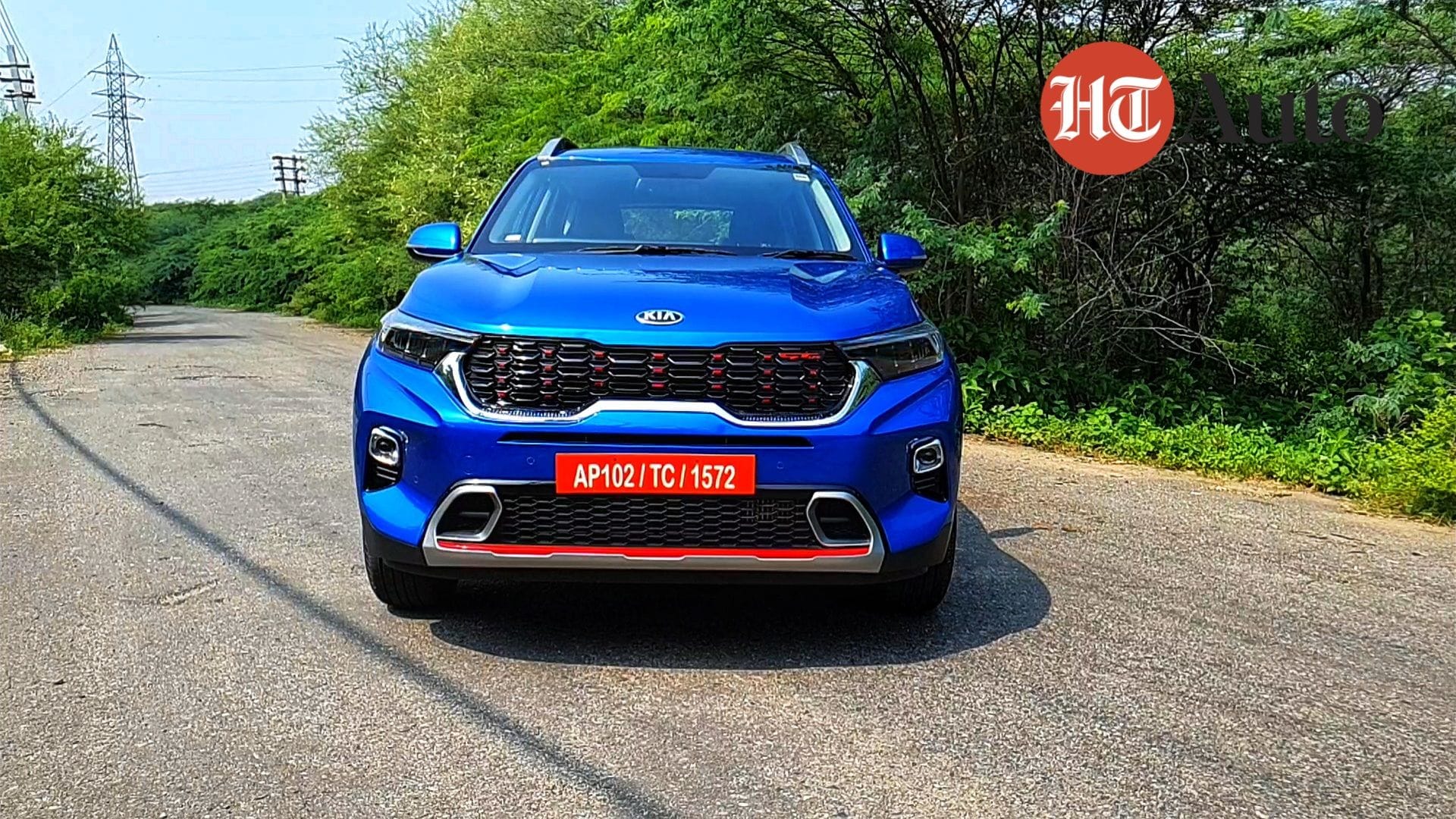 The Kia Sonet boasts a very bold styling package and it certainly is a head turner on the roads. 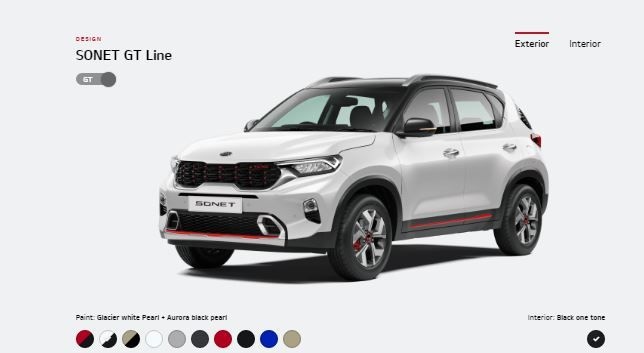 Much like in the Seltos, the GTX+ will have distinct and unique cosmetic additions in red to distinguish it from its siblings. These are highlighted by red accents on the grille, bumper, doors and the brake callipers.

Sonet promises to stand out not just in terms of its looks but also in how it drives and the creature comfort available on the inside. Kia has loaded the car to the brim with several segment-first features as it seeks to throw an open challenge to the likes of Maruti Suzuki Vitara Brezza and Hyundai Venue.

Although the pricing structure will only be known at the launch, Sonet is likely to be priced between ₹7 lakh and ₹13 lakh (ex showroom).