While the North American version looks almost identical to the Seltos sold in India, it has a number of feature changes and engine updates.
By : HT Auto Desk
| Updated on: 21 Nov 2019, 03:02 PM 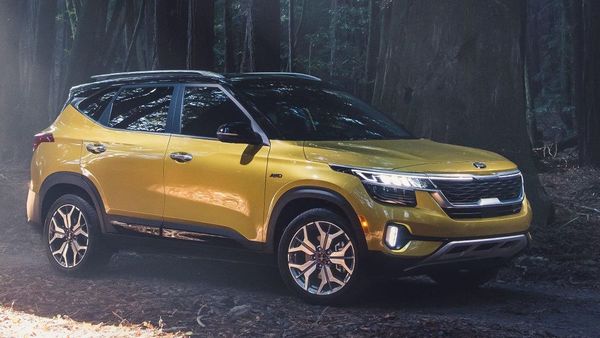 After racing to the top of SUV sales chart in India in just a few months since its launch, Kia has introduced the highly-popular Seltos in the United States.

Looking to tap into the highly-popular SUV segment in the country, Kia has placed the Seltos between Soul and Sportage - its hatchback and full-blown SUV offerings in North America.

While the Seltos showcased at the ongoing LA Auto Expo 2019 appears mostly identical to the one available in India and a few other ASEAN countries, the big changes are under the hood. The North-America version of the SUV comes with a 2.0-litre petrol motor and a 1.6-litre turbocharged diesel engine. The upper variants of the car would also feature All Wheel Drive (AWD) capabilities.

In India, the Seltos does not have an AWD option and is powered by 1.4-litre turbocharged petrol engine and a 1.5-litre diesel unit.

In the US, Seltos will also borrow certain features from its siblings here. It gets Kia's Drive Wise system which is available on Telluride and Stinger - the company's SUV and sports sedan options.

In the US, Kia would be hoping to replicate the success that the Seltos has enjoyed in India even as the Korean company gets set for more offerings closer home.