Kia looks at storming US market with force in 2021, has 5 car launches planned

Kia is looking at bolstering its presence in the US market with products that are new or by heavily updating current lineup.
By : HT Auto Desk
| Updated on: 04 Jan 2021, 10:19 AM 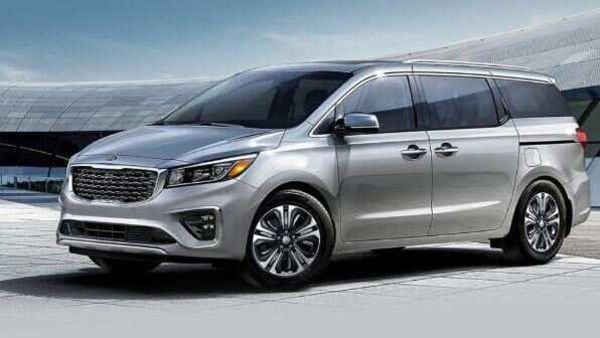 2021 Kia Sedona - called Carnival in India - could be one of the cars driven into the US market this year.

On the back of a strong performance in the US in 2020, a year that - despite its challenges - saw the company expanding its presence, Kia is gunning for more glory and reportedly plans to drive in five new models here in the new year. With a clear aim to gain even more acceptance in the mass-market field of play, it is learnt that Kia is looking at each of these models to make a bang in the segments these could compete in.

(Also read: Kia to add a new slogan to its new logo, wants to underline focus on mobility)

It has already been confirmed that Kia Sorento in hybrid form will touch down in the US at some point in 2021. Reports suggest that the Koreans are also looking at driving in an updated Sportage and compact car Niro here. For those interested in MPVs, the Sedona - known as Carnival in India - could also be brought in, especially because it has already been revealed in several markets outside of the US. It is also possible that Kia looks at bolstering its EV portfolio here.

What is almost certain though is that the products being planned for this year in the US are either absolutely new or are existing models which will get big updates.

Kia and Hyundai fared significantly better in 2020 in the US market when compared to most rivals. The two manufacturers grew more than many others did, as per a JD Power. One key reason for this could be the product offensive in recent times, coupled with a focus on SUVs and crossovers. Other factors at play which work well for the Koreans are that the design teams are working overtime while the cars on offer are packed to the brim with features, many of which often match to what is on offer in luxury cars. US media reports have in the past highlighted that brand perception has also seen a change in recent times with Kia benefiting from a positive customer response