Home Auto News Kia To Add A New Slogan To Its New Logo, Wants To Underline Focus On Mobility

Kia to add a new slogan to its new logo, wants to underline focus on mobility

Kia is looking at taking on rivals with a firm focus on EVs.The change in logo and slogan, symbolic as these may be, signal a whole lot of changes.
By : HT Auto Desk
| Updated on: 01 Jan 2021, 09:42 AM 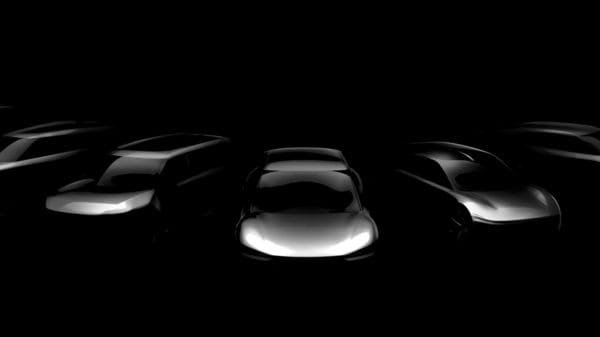 Kia plans to launch as many as seven EVs in seven years.

Kia has already confirmed that there is a new logo that will define its vehicles in the new year but several media reports now suggest that this logo will be accompanied by an all-new slogan as well, one that re-affirms the Korean car maker's commitment towards cutting-edge technology that will drive its next-generation products.

Kia has been moving forward with its Plan S strategy in order to take on rivals with renewed vigour at a time when electric vehicles are making presence felt. The slogan so far has been 'The Power to Surprise' but as per a trademark application filed by the company in its home country, the new slogan will be 'Movement that Inspires.'

There are strong indications that the new slogan - as well as the updated logo itself - will soon be seen in commercials across the world.

Kia, through the logo and slogan, is attempting to showcase its ability to adapt to changing dynamics in the automotive world. The Plan S forms a core part of the process of change and adaptation, and has a special focus on EVs. It is already confirmed that the car maker will drive in seven EVs in seven years. "Kia has sold more than 100,000 BEVs worldwide since the introduction of our first mass-produced BEV in 2011, the Kia Ray EV," President and CEO Ho Sung Song had stated previously. "Since then, we have started to introduce a range of new BEVs for global markets and announced plans to accelerate this process in the years ahead. By refocusing our business on electrification, we are aiming for BEVs to account for 25 percent of our total worldwide sales by 2029."

But Plan S is much more than just an EV lineup offensive. Among many highlights, it also calls for a customized mobility solutions for different markets. For instance, Kia has already partnered with Ola and Revv in India and with Grab - Southeast Asia’s largest ride-hailing company - to offer customized solutions in emerging markets which may be different from those in North America, Europe and South Korea.

As such, while the change in logo and slogan may appear symbolic, it does signify a whole lot of movement at camp Kia.